Winter arrives disappointingly yet again, but to temper the depression of the cold and long nights is the usual head-to-head release of the flagship football titles. Having already reviewed FIFA 07, EA Sports have taken their largest stride yet in improving the experience without revolutionising the game engine. So how would Pro Evolution Soccer 6 and Konami fare? 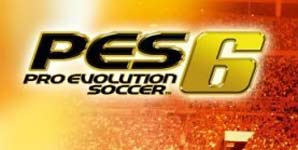 In a nutshell, hardened Pro Evo fans will recognise the update from the previous edition as subtle yet effective. On first look and feel, the game plays like the previous edition. However, as game after game unfolds the updates to the play and game reveal themselves almost tantalisingly slowly until you realise that you just aren't as good as you used to be. until you get used to the updates and incorporate them into your game.

Pro Evolution has never been far and away the best football title in terms of visuals or the depth of statistics involved, it has been about the substance and the experience and PES6 delivers just such slick gameplay and player movement as it always has. Slowly but surely the Pro Evolution series is adding to its statistics as well with more and more licenses for club, country and players being purchased. In terms of gameplay additions, the shooting mechanics have been altered making it more difficult to get an effective shot away especially under pressure and this goes for headers as well. On top of this, possession is more key now than ever as a cornerstone to winning a game whilst, paradoxically, it also seems harder than the last edition to win the ball! That said, maybe that's the way it should feel. If you don't have the ball you want it and if you do, you want to keep it. One reason for this is that the controls now incorporate a way of shielding the ball from your opponents.

This said if I had a slight criticism it would be that this kind of gameplay, whilst feeling exceedingly realistic, does lead to a feeling of a midfield battle at times and reminds me of Evertons "Dogs of War" midfield of the 1990's. This in itself takes the game away from a free flowing experience full of spectacular goals in the search for maximising realism. When you do score a spectacular one, you will savour it more than ever.

Criticism aside - and I almost feel `dirty' for criticising Pro Evo about anything - one of the major enhancements in the game itself is the enhancement of the player AI. Not only do players attempt to make more intelligent runs but your defence (and the oppositions defence - you will notice your oppositions defenders checking the runs of your attackers off the ball) will defend more as a unit than ever before, pushing up if they need to or acting as a compact unit if the situation dictates.

All in all, this feels like another step in the right direction for Konami and the Pro Evolution series but begs the question of how many times can they update the current game engine before they start going over old ground. Surely, the next generation release will be revamped from scratch resulting in the most realistic and involving football experience yet? It's enough to leave you drooling at the prospect, but for now there is Pro Evolution soccer 6.