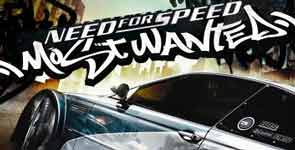 EA's successful street racer franchise is back and looks better than ever. Is it fast and furious and worth having on your most wanted list for Christmas?

In the career mode you start off as the new guy in town in a sweet BMW M3 and take on one of the known guys in Rockport City, Razor, in a street race. Unfortunately it is a race you can't win as he has pulled shenanigans on your car and you end up getting busted and thrown in jail. When you finally get out a mysterious, (and hot), women called Mia is there to help you out. Razor has taken your ride and you are at the bottom of the pile. To get back at Razor you need to take on and challenge all of the 15 drivers on the 'blacklist' until you can finally have a showdown with Razor and win back your ride.

Real life actors filmed against CG backgrounds play out the career mode story. Cut scenes, voice messages and texts push the story forward as you progress. While the acting is never going to win any Oscars it is a good standard and keeps you interested throughout.

The cars all look like their real life counterparts and they move along at a pretty quick rate. While not as crisp as the graphics in Burnout Revenge the game still looks amazing considering the huge cityscape around which you are cruising. Unlike the last NFS game all action now takes place in the day, meaning that the scenery and lighting effects come into play really highlighting what the ageing PS2 is capable of. Overall the game looks great.

All of the 32 cars sound realistic and are subtly different from each other – also when you start tuning your car the grunt of the engine grows, reminding you of the spare horses under your bonnet.
Background music is also really good in that it just sounds like you radio in the background in no way interfering with your game.
Another great touch is that you have access to the police radio frequencies and can hear them barking orders and going crazy as you create chaos on the streets.

In order to make your way up the Blacklist you need to win races and rack up enough bounty to be able to challenge each driver. Races come in a number of different guises from straight sprints, circuits, speedtrap races, drag races and tollbooth checkpoint races. Each race is sufficiently different to keep you interested throughout. All of the tracks are around the open landscape of the city and feature numerous jumps, shortcuts and alternate routes resulting in hours of fun. As well of the races you have to raise you notoriety with the police by taking part in the pursuits. If the police spot you breaking the law in any way pursuit mode begins and your bounty will increase depending on the length of the chase, damage done and laws broken. As your notoriety increases so does the determination of the police who send out more patrol cars, SUVs, roadblocks, stingers and finally helicopters for you to shake off. To end a pursuit you need to escape the police long enough and stay out of site during the cool-down period. At times this can be nail biting and difficult as you have the entire police force on your tail but this is definitely one of the best parts of the game. However if you get caught you have to pay all outstanding fines and could end up losing your beloved car!!

The cars all handle very well, and the various controls are assigned sensibly to the pad. As well as basic driving controls you also have a nitrous button to give you that extra boost of speed and speed-breaker, a new feature whereby you can slow down your surroundings (another bullet time effect!!) and use it to avoid police, perform U-turns etc.
The game is very easy to pick up and get into and the learning curve is pretty forgiving, however when you break the top 10 on the blacklist things start to hot up and things get challenging.
The game features upwards of 30 real life cars from staple boy racer cars like Puntos and Clios up to gorgeous supercars like Merc SLRs and Lambos. All of the car can be tuned and personalized to your liking Max Power style.

NFS: MW is a fantastic game that is loads of fun to play and will keep you challenged for hours, highly recommended.
Overall I give Need for Speed: Most Wanted …