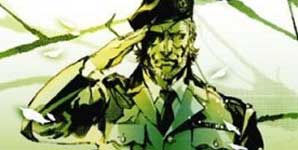 Well first off, the game is now online and the online game is pretty good. The frame rate is decent with a fast connection and the online multiplayer allows you to take on the world every man for himself or in teams. What's more, your stats are recorded also at the end of each round. The action can get a bit frantic with so many players and this seems completely at odds with the on-edge-of-your-seat sneaking which the game is based upon. My view however, is that after playing the online version a few times it provides a welcoming alternative to the feel of the single player mode. The online feature offers a world for up to eight players at once with a variety of different modes. Deathmatch and Team Deathmatch I have touched upon and are self explanatory really. The sneaking mode pits one player against all the others in the game whilst you attempt to have Snake steal a microfilm. Capture mode involves smuggling items to your enemies stronghold and protecting it for a set period of time, whilst rescue mode bizarrely has teams defending a rubber duck (yes, I did say rubber duck - jake the snake!) whilst the other team attempts to capture said bird and take it home as their spoils of war. Generally the multiplayer mode mirrors the single player game and the maps are generally pretty good and helpful to your cause.

The other major tweak to the game is they have sorted out that pesky camera angle that was the major bind of the original title. Basically you now have a freely rotating camera rather than the fixed overhead view that meant you had to switch to first person view to effectively sneak around. This is really tantamount to re-inventing the wheel when it comes to the major element of the game - stealth - and is the single most important tweak they could have made which makes the experience all the more enjoyable.

On top of the tweaks to the original outing and the addition of the online multiplayer, there's more. Duel Mode lets you take on the games bosses at any time in a time attack format. This can get old pretty fast if you play it continuously, but if you use it sporadically and dip into it when you need to brush up on defeating a particular boss then it is very useful. The much maligned `Snake versus Monkey' is back as well. This has received its fair share of criticism from sources that believe it is dull and pointless. However if you are pretty random and have dreams littered with Monkey Massacres, then it's quite enjoyable. Furthermore, `Old School' updated versions of Metal Gear and Metal Gear 2: Solid Snake are also included which is one retro walk down memory lane and an excellent addition to Subsistence. Finally should you be lucky enough to have the limited edition version of subsistence, then you will have an additional disc that plays as a movie and splices together all the cut scenes from the game. Depending on your stance, this could be a blessing or curse. If you are MSG hard core it's well worth a look, if you believe a lot of the cut scene dialogue cringe worthy to the nth degree then you may as well give the limited edition version a miss.

All in all, subsistence makes a great game even better.