Final Fantasy XII takes place in a fictitious world called 'Ivalice'. The power base in Ivalice is the all conquering Archadian Empire who has been invading and 'acquiring' neighbouring lands as it swarms across the land like the Roman army. As the all conquering empire invaded a small kingdom called Dalmasca, the ensuing battle resulted in the death of the King. The deceased's daughter and the sole heir to the throne of Dalmasca, Princess Ashe, decided it was a great idea for Dalmasca to stand up to the forces of the Archadian Epire and took a stand. Unsurprisingly, things didn't go so well. Many people died. The Princess then met Vaan. You take control of Vaan (who rather suspiciously wants to be a 'sky pirate') and a motley crew of rebels and take the fight to the Archadian Empire. Anyway, enough about the "plot." 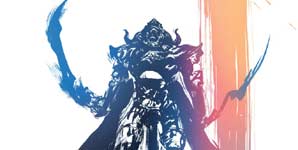 As a long running and much-loved RPG, this carnation does miss one positive that previous titles have not. There is no real character development, specifically with the characters are under control. As you can see in the first paragraph, there is an overly elaborate set-up but no real investment in the characters that you control and therefore no real emotional ties. The game-play world is a vast arena and does attempt to let the gamer make choices that affect the outcome of their mission and ultimately the experience, however a lot of the dialogue, information and cut-scenes that you come across relate to the politics of a dictator trying to take over your land and you struggle to assimilate all of this information as well as getting familiar with the vast landscape. Not only do you get the feeling that there are no real landmarks with which to familiarise yourself with your surrounding but, frustratingly, you find come the end of the game that a lot of the political information that you are bogged down with has had absolutely no bearing on your game and wasn't worth trying to remember.

The game also attempts to seamlessly move between roaming and battle modes by having characters either already fighting when you arrive or reacting to each other as well as your presence and the title does a really good job of making this believable. Unfortunately, when you get involved in a fight it feels like a melee experience of button mashing. FF XI features its new 'Gambit' system that claims to merge battle changing tactics with the immediate reactions needed in the moment. Gambits are effectively instructions that let you programme your characters to fight on their own. A nice idea, but when left too much to their own devices the 'Gambit' instructions prove too simple and linear to achieve much in a battle without the constant tweaking of tactics for each character, whilst the character that you are controlling tried to melee their way to safety. Your characters improve their statistics, either fighting, weapons, health or otherwise, via the 'license board.' Licences are collected by collecting goodies during your roaming or hacking at various plants to uncover such bonuses. The license board system makes your character development very flexible and centred to your own plan for each character.

As you would expect, the game looks well. However, it will not blow you away and may be you can attribute this to the PS2 coming to the end of its shelf life. The sound however is very good with a flowing score that always seems to fit the moment perfectly without you realising any massive change from moment to moment. This is coupled with seamless character voices in to a neat sound package.

Despite great graphics, excellent sound and a virtually inexhaustible landscape to cover, Final Fantasy XII doesn't seem like it clicks into any sort of consistently enjoyable pattern. Whether it is pointless dialogue, monster-after-monster-after-monster to attack or the melee style in which you do so, you just get the feeling that it was close to being a lot better than it is. Maybe scope was given more attention than detail.