With the hype already starting for the releases on the next generation consoles, has any of this magic rubbed off on the current generation releases? FIFA has generally been all about presentation, style and, above all, attrition style advertising. Is it possible that they have done anything with the game-play and the physics on the pitch? In a nutshell, the answers are not really and yes, but it hasn't gone far enough. 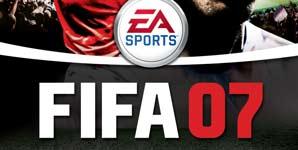 Starting with the things that have remained constant, FIFA still contains a plethora of licensed leagues with correctly named players, some of which look similar to the real thing. Others look like victims in a burns unit or in the case of Deon Burton at Sheffield Wednesday the wrong colour entirely. The massive undertaking of correctly modelling almost every professional player in the world is not without its bugs; Peter Crouch being of such a regular size that his height is of no use at all is a testament to this. New licenses extend to the Mexican league and MLS. The graphics still look excellent with excellent attention to detail in light and shadow as well as on-pitch animations. The commentary usually provided by Clive Tyldesley and Andy Gray and is par for the course. It starts off quite impressively but will leave you tearing your hair out at the repetitive nature and seemingly random analysis of what actually happened. EA Sports have included their customary sound track to the game and this is as slick as ever.

So what's new? Well the part of the game that matters, the game of football, as been significantly improved. Many of the scoring sweet spots have been removed and replaced. The probability of you scoring is now a lot more dependent on the power and direction of your shot and how much pressure you are under as you strike it. It is now easier to lose possession if you are careless and control of the ball is not always instant. Deflections and interception occur much more often. Player stats seem to be more relevant to actual performance of the players, which you never had the feeling mattered to much before in the arcade-style of FIFA. All in all, a bit more like the real game. This said and taking in to account the strides that I feel FIFA 07 has taken in this area, you still don't feel as much in control as you should but it has definitely moved in the right direction. Further cosmetic features have also been added with the ability to call a player closer to you for a lay off from a dead ball situation as well the option to put top or bottom spin on the ball when striking a free kick. These shots can also be mixed up a little with the option to chip and lob and you can call a second defender over to help you press an attacker in possession.

These developments aside, off the pitch you can now take part in the interactive league manager mode. Rather than take part in a season in your league with your favourite club and then that's it, you can now go through the season with inclusive cup competition, player development, transfers and promotion/relegation, an element of the game that has perhaps been missing for a while.

My main beef with FIFA is that it is still too easy. As soon as you get to grips with the tweaked game-play, you will be hammering teams from higher division 5-0 no problem. You also don't feel 100% in control but it is definitely getting closer. A big criticism that I have had of FIFA in the past is that their latest release is not really building on their previous one (there have already been two other FIFA releases this year) and just releasing a re-jig of their previous offering. This is definitely the best FIFA title yet, especially in terms of game-play and in-game options. It still doesn't beat the realism of the Pro Evolution series for me but if in the past the FIFA series has been accused of being all talk and no trousers, their response has been to put some shorts on.