Final Fantasy VII is one of the most popular and in many peoples eyes the greatest RPGs of all time. The characters and universe portrayed in FF7 are so loved that even 10 years after the games initial release message boards are flooded with cries for a remake. Fans were somewhat sated by last year's release of Advent Children on DVD, picking up where FF7 left off, but the desire to actually delve back into Midgar still burns strong. Dirge of Cerberus (DoC) is a spin-off that follows one of the most popular but mysterious characters from the FF7 universe, Vincent Valentine. Fans expecting a typical Final Fantasy RPG romp will be disappointed though as DoC is actually an action packed third person shooter. 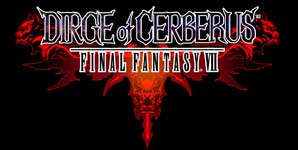 GRAPHICS
The graphics are actually pretty good, as we have come to expect from the Final Fantasy series and the environments are reminiscent of the Midgar that fans of FF7 will know well. For the most part of the game you play as Vincent and the character model looks good and moves well, bosses and other characters that you get to play throughout the game also look the part and fit the surroundings. Although the graphics are more than acceptable I was a little disappointed, maybe because I usually expect to be blown away by FF or because I was unfairly comparing to Advent Children which was stuck in my mind.

If you know anything about FF and Square Enix you know they always deliver when it comes to FMV cut scenes - and DoC is no different, crisp, slick and spectacular.

SOUND
Voice acting during the game is of a high standard, which is a relief because there is a lot of dialogue. In game music again reminds of FFVII from time to time but also turns it up a notch when the action gets going. Sounds effects are good, the various guns sound distinct from each other and not at all generic.

STORY
If you are a fan of FFVII and have seen Advent Children, (which I highly recommend - it is awesome) you will be able to pick up the story no problem. Everything will make sense and many of your favourite FFVII characters show up, with a few having their own playable levels. The story takes place 10 years after the events of FFVII and it twists and turns right up until the end. If you are aware of the previous game/film then you will probably enjoy it a lot, I know I did. The thing is herein lies the problem, the original game is a 10 year old PS1 game and although hugely popular many younger gamers will not have had the opportunity to experience it unless they made a specific effort to pick up a copy from eBay or the like. As such; many will find themselves lost and struggling to cope with what is going on and the impact of the cameos of much loved characters will also be lost on them.

While still a decent shooter - the fantastic story is, in my opinion, what pushes the game from run of the mill to worth playing.

GAMEPLAY
As stated above the game is a third person shooter, which sees you take control of the gun wielding Vincent Valentine.

I found the game really easy to get into - one analogue stick moves Vincent while the other controls your aiming reticile - targeting is semi - automatic in that you only need to move the reticile close to a target for it to lock on. Targeting was one of the problems highlighted in the Japanese release of the game however this seems to have been resolved for the PAL release.

Vincent also has melee abilities and can use limit breaks to really hike up the damage.
One of the coolest things in the game is the upgrade system for your weapons - you have three slots for different types of guns, normal handgun, machine gun and rifle. You are able to customise the barrel, power, speed and elemental effects of each gun all of which alter the actual appearance of the gun in game and in the menus. This introduces an RPG element to the game which I'm sure will appeal to many of the FF diehards.

Level design varies from desolate town streets, to high tech labs to barren wastelands. Most levels are pretty standard - nothing drastically different in design from most games in this genre.

Throughout the game are a number of boss fights which are all very different and mostly fun (sometimes frustrating!) to play.

There are 12 Chapters in the game which will take around 10-12 hours to complete however there are tons of extra missions to complete post game which in some cases are more fun than the main game!

My one main gripe with the gameplay is that it is too often broken up by the huge number of cut scenes - while good to look in terms of story progression it is frustrating when every five minutes your running and gunning is stoped to load another cut scene.

OVERALL
Apart from my complaint about the amount of cut scenes disrupting the flow of the game I enjoyed the game immensely and while by no means revolutionary, it is an above average, good fun shooter with a lot of replay value. If you are a FFVII fan you will most likely love the game and jump on it as it will be probably your only chance to venture into Midgar again. If you are new to FFVII you may struggle to take in everything that is going on however DoC is still well worth a look if you are a fan of third person shooters.