The latest PS2 adaptation of a movie franchise is here and this time it is Cars, the latest animation movie from Pixar studios - the makers of The Incredibles & Finding Nemo. As with so many titles from this bracket, would the PS2 outing be incredibly unimaginative, dull and another blatant attempt to add an extra zero on to the films gross? I have to say I am always suspicious of said titles but there have been exceptions. Did Cars slip through the net?.... 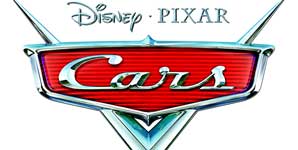 The main crux of the game is the Story Mode which is set in Radiator Springs, a recreation of the main town in the film. This recreation, having played the game first, will have you looking out for notable sites of reference in the film. The graphics look well and you could be driving around in the movie but for the odd blip in the continuation of the frames and the hackneyed & repetitive dialogue. In Story Mode, you are basically given free roam of Radiator Springs and it surrounding desert. You will move from point of interest to other points of interest, taking part in races, playing mini-games and collecting bonus items. Your goal? To make it to the Piston Cup (To those not in the know, think of an animated Indy 500.)

The racing aspect is ok but quite generic. There is a vast amount of over-steer if you use the analog stick to steer rather than the keypad, whilst the added driving features of powerslide, boost and jump are either too difficult to utilise in any manner that would benefit or are of no use during a race scenario whatsoever. The mini-games provide welcome interludes to racing and are quite fun. They include finding games, fetching games and "Tractor Tipping" (which involves tipping over sleeping tractors whilst running away from an angry combine harvester called 'Frank',) amongst others. I have just re-read the last sentence and I could see why people may think LSD was involved in the thought process behind "Tractor Tipping."

The main issue with the roaming aspect to the game is that, whilst relatively large open spaces are needed to be able to incorporate racing circuits, the main concentration of collectibles and missions are set centrally in Radiator Springs, leaving you no need to freely explore the rest of the terrain once you have done it a few times. Further to this, the in-game map offers you no help at all in showing where you are in relation to points on the map.

Aside from Story Mode, there is a 2-player game mode to offer a degree of diversity. Whilst an excellent addition, the racing action slows somewhat as the frame rate slows with the split screen. The sound track to the game is good and taken from the film itself. The only issue being that you may find yourself listening to the same 3 or 4 tracks over and over again.

Cars is a fun little game, just nothing really new. Any free roaming game is worth a dabble but unless you play it in small sharp burst you may get bored quickly. It will appeal to fans of the film and definitely the younger gamer. I cannot honestly say that Cars falls in to the film/game release trap, but neither can I say that it completely contradicts the theory either.