The rapper won’t be talking about his future romances either.

Professor Green has said he will be keeping a “dignified silence” about his divorce from Millie Mackintosh. Appearing on ‘Loose Women’, Green said he’ll be staying quiet on details about the split, because it wasn't a “celebrity relationship”. 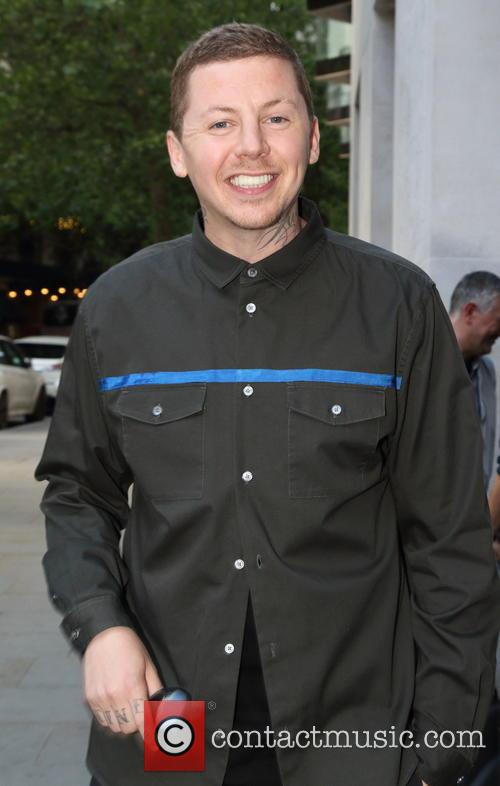 Professor Green is keeping a “dignified silence” over his divorce from Millie Mackintosh.

"The best approach with any matter that personal is a dignified silence," Green told the ‘Loose Women’ panel. "Especially when there's another party involved.” Green married the ‘Made in Chelsea’ star in 2013, but the couple announced they were divorcing back in February.

More: Will Professor Green Be Rapping About Ex Millie Mackintosh On New Record?

"You've got to consider people's feelings, and we had to deal with it and we are still dealing with it.” Panelist Kaye Adams then told the rapper that people will “respect” him for choosing to stay quiet. "So many people share so much of their lives," Green continued.

"People want to know absolutely everything about everything and if they did there would be no interest in anyone anymore.” Green also said he would be keeping a "dignified silence" about his current relationships too, which includes being recently linked singer Rita Ora.