The pair’s bad blood began when Arthur was appearing on the talent show and fans compared him to the rapper, causing Green to tweet: “You can all f*** off and die slowly – he does not look like me.” 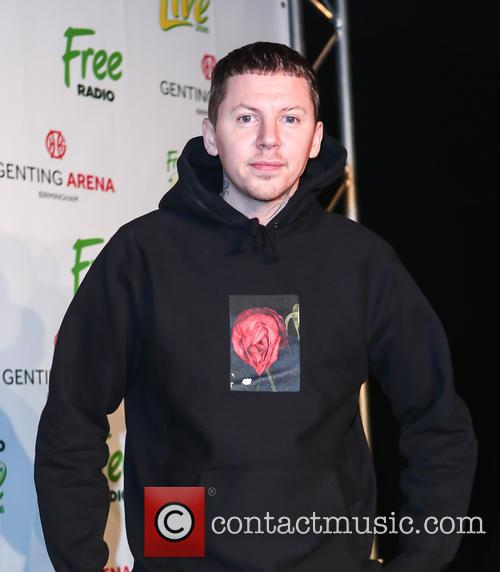 But the feud escalated after Arthur agreed to work with Green on track ‘Little Secrets’, only for his vocals to be cut. He later accused the rapper of using his wiring on the song without giving him credit.

Speaking to the Daily Star, Green said he would now like to put the beef behind him. “It was just around the time James was going through all his troubles and the label just didn’t want him on it,” Green said about the track.

“No matter how hard I fought for it, they were never going to say yes and have him on the record. For me, if someone has the talent like he does, then why not? Why wouldn’t I want to work with them?

“I think me and him need to bump into each other and have a little chat. Not in a bad way – we just need to talk, as everything was made into this huge thing.

“But I don’t think much of it came from either of us,” he continued. "The best thing would be just to bump into each other.”

Green added that he believes the X Factor winners are often under a lot of pressure. “A lot of people who have done well on the show haven’t won,” he said. “The winners are expected to do so much.”

This year has marked a chart comeback for Arthur, who was dropped from Simon Cowell’s Syco label in 2014, following a series of controversies. However the label resigned him in early 2016, and he went on to top the UK album chart with Back from the Edge in October.