Professor Green, The Cribs and many more stars have taken to Twitter to lament the closure of music chain HMV. 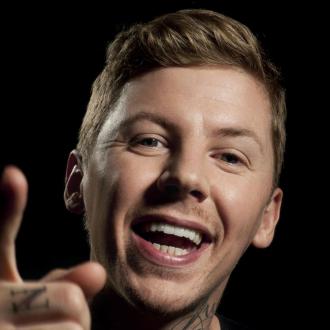 Professor Green and The Cribs have mourned the loss of HMV.

The last remaining British high street music retailer announced today it was to go into administration, prompting upset from many major artists.

Professor Green feels it means the end of record buying as more people turn to downloads, tweeting: ''HMV bankrupt. we may as well just give up on any medium that involves hard copy and get on with it. #sadtimes (sic).''

British Radio DJ Trevor Nelson tweeted: ''Horrible to hear about the state of HMV going in to administration.The death of the record store is sad (sic).''

The loss of the chain means around 4,500 jobs will go and shops across the UK will close.

The Cribs drummer Ross Jarman also weighed in, writing: ''Really sad to hear the HMV news. Where do teenagers spend their pocket money these days? All my school friends were CDs and cigarettes (sic).

''I think everyone should go buy a CD from HMV today. They get a little help, and you get AN ALBUM! (sic) ''

The chain itself remained defiant, with its official twitter account posting: ''With our #hmvBlueCross Sale underway, who took advantage of the 25% off 1000s of products? What did you pick up? (sic)''

Blur guitarist Graham Coxon thinks the news is just another chapter in the decline of the British high street.

He tweeted: ''They'll be closing down musicians soon.. It ain't gonna get any better. Bye bye [photographic store] Jessops, bye bye hmv...the more they tried to keep up the less we visited them. Oh well eh! (sic)''