British Rapper Professor Green Is To Film A Hard-hitting New Documentary About Suicide. 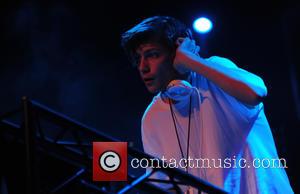 The Read All About It star was 24 when his father took his own life, and he has been commissioned by the BBC to make a film about the tragedy and how it has affected him.

He will also meet with families who have lost loved ones and others who have survived attempts to kill themselves.

He says of the new project, "When the opportunity to front a BBC documentary on the topic of suicide presented itself I knew it would be a tough subject to tackle... The truth is, suicide is still considered a taboo subject but it shouldn't be. Not only is this a deeply personal journey for me but also I've been fortunate to meet some amazing people along the way with their own incredibly moving stories as well as those who are creating public awareness around the topic of suicide."

The documentary, which has the working titled Professor Green On Suicide, is being made for BBC Three.