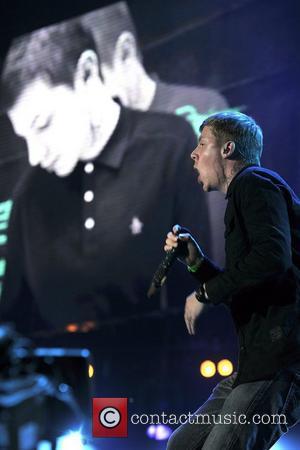 British rapper Professor Green has lashed out at a newspaper columnist who blamed the U.K.'s recent wave of violent riots on hip-hop culture.
The unrest started in London on Saturday night (06Aug11) and spread across the country's major cities, with police struggling to combat mass looting, fires and lawlessness.
Britain's disadvantaged youth has been blamed for the ugly scenes, and journalist Paul Routledge wrote in his column in the Daily Mirror that rap's "culture of hatred" and hip-hop stars who glamorise violence and crime influenced the thugs' actions.
But Professor Green - who grew up in Hackney, London, one of the worst affected areas of the rioting - insists the rap genre helps bring people of all classes and backgrounds together.
In a series of posts on his Twitter.com page, he writes, "Paul Routledge is an absolute moron. An absolute f**king moron. Yeah ban rap music, silence our voices even more. Ignorant p**ck. Surely this isn't about shifting the blame, but accepting responsibility? Neither my music or that of my peers is to blame for society and its faults. We didn't create the tiers.
"I've done hundreds of shows and there's never been even a fight. My music brings everyone together, not start riots."