Six years after he was stabbed in the neck during an argument in a club, Professor Green had a disturbing flashback of his previous trauma as a stranger armed with a sharp object interrupted a project he was working on.

Rap star Professor Green has revealed that a knife-wielding man interrupted filming on a project he’s working on in Gloucestershire this week.

Taking to Twitter on Thursday (April 7th), the English rapper, real name Stephen Manderson, said that a man “waving a blade about” disrupted filming near Cheltenham. It comes almost exactly six years after he himself was the victim of a savage knife attack in an East London club.

The 32 year old explained that somebody who was poking his nose about and making noise on the set of a project he’s filming (music video or documentary not known) eventually ambled away, only to return with what appear to be a sharp object. 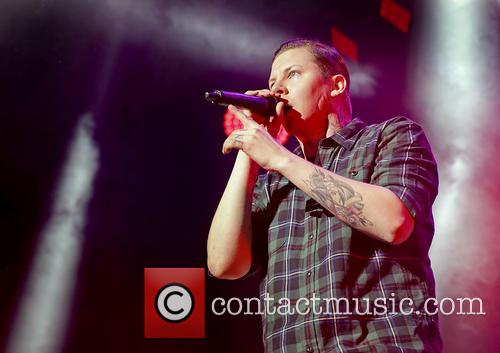 “Interesting day filming. Some bloke was noising up while we were trying to film. Reappears later waving a blade about #cheltenham” he wrote.

However, Gloucestershire Police have stated they didn’t received any reports of knife-related incidents in the county on Thursday. Manderson himself later admitted he couldn’t really see what was in the man’s hand, saying it could have even been a corkscrew as he “had a bottle of wine” as well.

Interesting day filming. Some bloke was noising up while we were trying to film. Reappears later waving a blade about #cheltenham

The rapper, who recently divorced his wife of nearly two years Millie Mackintosh, detailed the horrific incident in 2010 when he nearly died after a man stabbed him in the neck with a broken bottle. He had thought he had settled an argument with somebody who had fronted up to him in a club, but his back was turned when the aggressor returned armed.

“Five minutes later the man who had been arguing with me came at me from behind. I heard a noise, someone saying, 'He's got something in his hand'. I turned around to see a flash of his hand rising fast towards my face. I lifted my arm, attempting to deflect him, but he stabbed me with a jagged half-bottle. It pierced the left side of my neck, straight through the 'Lucky' tattoo.”

“I lifted my hand and I felt the warmth of the blood p***ing out through my fingers, splitting onto the floor.”