The 34 year old Indian star took a nasty fall while filming her own stunt for 'Quantico' last week, causing concussion.

Priyanka Chopra may have only just returned to her role on ‘Quantico’ following her nasty on-set injury last week, but she isn’t letting that slow her up as she presented an award at the People’s Choice Awards.

Speaking on the red carpet on Wednesday night (January 19th) to Entertainment Tonight, she said of her quick recovery process: “I had to wear my brace for a couple days and then I'm fine.”

The 34 year old Indian-born superstar took a tumble while about to perform one of her own stunts on her hit FBI drama ‘Quantico’ on Thursday last week, slipping and hitting her head. She was forced into hospital for a couple of days, but she reassured her fans that she would be back to work quickly. 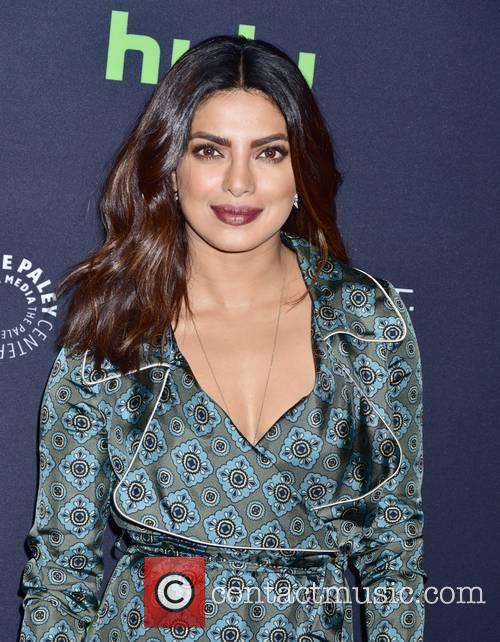 “Yes, we can confirm there was a minor accident… and [she] will return to work after the weekend,” her representative told TMZ last week, the star having missed a press conference the following day.

She then took to Twitter to speak for herself, writing “I will be OK, and am looking forward to getting back to work as soon as possible.”

Asked for details of her injury during her red carpet interview, Chopra revealed how it happened. “I was doing stunts and it was raining that night - or snowing, or whatever - in New York, and I was wearing rubber boots. I've done so many stunts before and I never got hurt, but I slipped on a wet road while I was saving someone else — another co-actor of mine — and I hit my head on the bumper of the car and the road.”

Chopra also said that her mother, Madhu, flew over from India on the first flight when she was informed about her daughter’s hospitalisation.

“She doesn't need an excuse to see me, she comes every month,” she remarked. “She is like, concussion? I am there.”