Bollywood Beauty Priyanka Chopra Has Accepted An Apology From Bosses Of A U.s. Tv Network After They Mistook Old Footage Of Indian Actress Yukta Mookhey For The Star. 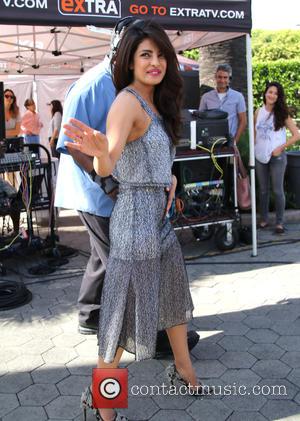 The embarrassing blunder was made by producers at American news show Nightline on Tuesday (29Sep15), when they aired a segment to promote Chopra's new crime drama series Quantico, which airs on the same ABC network.

However, instead of featuring video clips of Chopra being crowned Miss World in 2000, they used footage from 1999, when Mookhey was awarded the title.

Viewers were quick to point out the mistake to Nightline executives on Twitter.com, prompting them to re-edit the piece and apologise to Chopra online.

The actress graciously let the incident slide by replying, "Thank you for the correction @Nightline".

Ironically, the Nightline episode documented Chopra's struggles with racial stereotypes in the media as she broke into Hollywood. It also addressed the backlash she received in 2013 after her track In My City was chosen as the theme song for the National Football League's Thursday Night Football broadcast.

She said, "There was (sic) a lot of these terrorist comments that called me an Arab terrorist. I was offended on two accounts: one, why is every Arab a terrorist? And second of all, how am I an Arab? I'm Indian."