32 year old Chopra met Indian prime minister Narendra Modi in Berlin recently, but was called out for her choice of dress.

Indian-born actress Priyanka Chopra has come under fire on social media for being “disrespectful” after deciding to wear a dress that showed off her legs in an interview with the country’s prime minister, Narendra Modi.

The controversy started when 32 year old Bollywood-turned-Hollywood star Chopra tweeted a picture with Mr Modi, thanking him for meeting with her in Berlin and “taking the time from his packed schedule”.

However, India is rather a socially conservative country in many parts, and it didn’t take long for some people from her massive following to criticise her for choosing to wear a dress that showed off her legs, and for sitting with her legs crossed to accentuate that.

Priyanka Chopra is friends with Meghan Markle, the 'Suits' star and Prince Harry's current girlfriend, and was quizzed about it by TV host Wendy Williams.

Priyanka Chopra is clearly angling for an invitation to a prospective royal wedding, opening up about her friendship with Meghan Markle and speaking about her friend’s relationship to Prince Harry.

The 34 year old Bollywood star, who appears in the re-booted Baywatch movie that has just been released, appeared on the ‘Wendy Williams Show’ this week. Having discussed the new movie, the conversation soon turned to Markle and her whirlwind romance with the eligible 32 year old royal.

Meet the villain of the forthcoming comedy adaptation of 'Baywatch'! Priyanka Chopra plays the dazzlingly beautiful Victoria Leeds in the new film; a character who threatens to shake up everyone's favourite lifeguard team. It's safe to say that in real life she's not quite so mean.

Continue reading: Priyanka Chopra Is The Completely Opposite Of Her 'Baywatch' Character

The Baywatch lifeguard team might be the best known on the planet, but in this new reality, they are really struggling with their brand. Mitch Buchanan (Dwayne Johnson) is facing cuts to his squad from the council, because they're apparently not doing enough to get themselves noticed (not even with C.J. Parker's [Kelly Rohrbach] slow-motion run). The top brass at the Baywatch Headquarters decide to try and up the popularity by employing a new member to the team; the young, super-athletic and recklessly wild Matt Brody (Zac Efron) who all the girls might like but Mitch is struggling to whip into shape. He's not exactly setting the best example for safety with his endless spontaneous stunts, and Mitch likes him even less when all he's wearing is minuscule American flag Speedos. But these guys have to find some common ground and band together when a body washes up on their beach.

The 34 year old Indian star took a nasty fall while filming her own stunt for 'Quantico' last week, causing concussion.

Priyanka Chopra may have only just returned to her role on ‘Quantico’ following her nasty on-set injury last week, but she isn’t letting that slow her up as she presented an award at the People’s Choice Awards.

Speaking on the red carpet on Wednesday night (January 19th) to Entertainment Tonight, she said of her quick recovery process: “I had to wear my brace for a couple days and then I'm fine.”

The 34 year old Indian-born superstar took a tumble while about to perform one of her own stunts on her hit FBI drama ‘Quantico’ on Thursday last week, slipping and hitting her head. She was forced into hospital for a couple of days, but she reassured her fans that she would be back to work quickly.

By Holly Williams in Lifestyle / Showbiz on 17 January 2017

The actress went to hospital after an incident at work.

Fans will be pleased to know that actress Priyanka Chopra is doing very well after a 'minor incident' during the filming of 'Quantico' left her briefly hospitalised a few days ago. She thanked her well-wishers on social media at the weekend, informing them that she was not seriously affected by the event.

Priyanka Chopra is recovering after a 'minor incident'

The 'Quantico' actress was involved in an unknown accident on the set of her TV show last week, but on Sunday (January 15th 2017) she insisted she was very much on the mend and looking forward to returning to filming when she has fully recovered.

The actress reportedly hit her head while filming a stunt for the ABC series.

Actress Priyanka Chopra is "resting comfortably” at home, after being taken to hospital following an incident on the set of ABC series ‘Quantico’.

According to TMZ Priyanka was rushed to hospital late Thursday night after she fell and hit her head during a stunt sequence. The website reports that she suffered a concussion and was examined and treated by doctors and discharged a few hours later.

Mitch Buchanan is facing a problem with his Baywatch lifeguard brand. The council are making cutbacks and the team just aren't getting themselves noticed enough. In a bid to up their popularity and spread some good press, the boss at Baywatch Headquarters brings in an athletic young man named Matt Brody who appears to have far too much confidence in himself. Meanwhile, Mitch has very little confidence in him; mainly because he's spreading a bad example with his endless stream of reckless stunts in the name of fun. Things get serious when a body is found on the beach, and Mitch want to investigate what has happened himself. However, it seems Matt sees this as a step too far and would much rather leave the matter to the police.

Just how close did these stars get at the Emmys?

Following the 68th Primetime Emmy Awards last week, numerous reports emerged suggesting that Mumbai goddess Priyanka Chopra had been flirting with the newly single Tom Hiddleston at the after-party after presenting an award together during the ceremony. She even alluded to their cute on-stage moment in an interview. 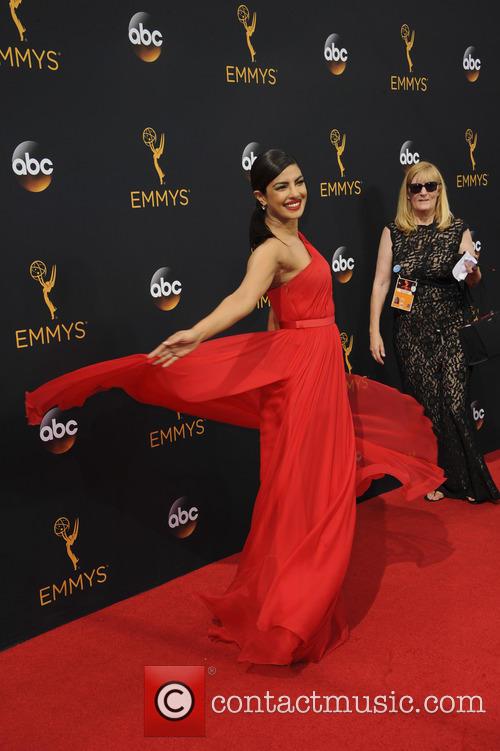 Priyanka Chopra was picture perfect at the Emmys

'The Night Manager' star Tom Hiddleston may have only recently broken up with his summer flame Taylor Swift, but we don't blame him if her fell head over heels for 'Quantico' actress Priyanka Chopra after she stunned on the red carpet in a flowing scarlet Jason Wu gown.

By Stephanie Chase in Lifestyle / Showbiz on 19 September 2016

The ‘Night Manager’ star says he and his ex are still on good terms.

Tom Hiddleston has said he’s still friends with Taylor Swift, despite the couple recently ending their three-month romance. The actor flew solo on the Emmy Awards’ red carpet on Sunday night, but he wasn't able to dodge a question about his high-profile split with the singer. 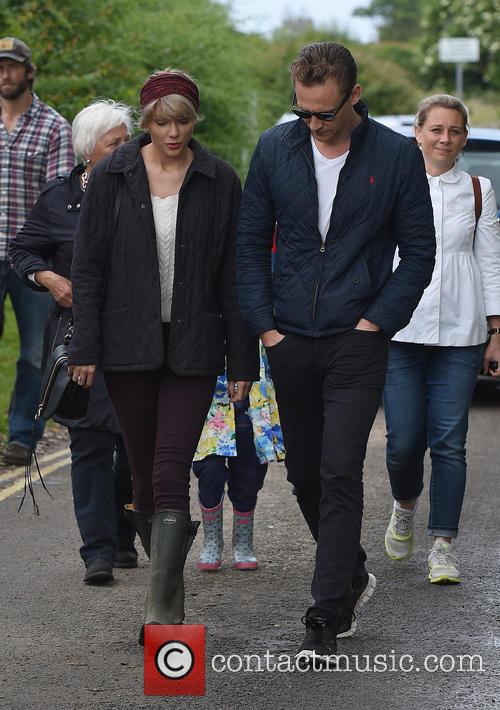 When asked if he and Taylor were still friends by People magazine Tom simply said: "Yes. Yes, we are.” The end of the Hiddleswift romance came earlier this month, with one of the reported reasons being that Tom had asked Taylor to accompany him to Sunday night’s awards.

Social media is up in arms over another faux-pas by the fashion and beauty industry – this time, directing their anger at Maxim India magazine for allegedly airbrushing the armpits of its new cover star Priyanka Chopra.

The 33 year old model and actress is at the centre of a social media storm dubbed ‘Armpit Gate’ – a long way from the usual concerns of this nature over digital image manipulation and airbrushing post-photoshoot.

She's breaking down all kinds of stereotypes.

As it becomes more definite that Daniel Craig won't be returning as James Bond in the next 007 movie, everyone's contemplating just who has the charm to adopt the role. But there's a big buzz in the air that suggests our next spy should be played by a woman, and Priyanka Chopra is definitely up for the challenge. 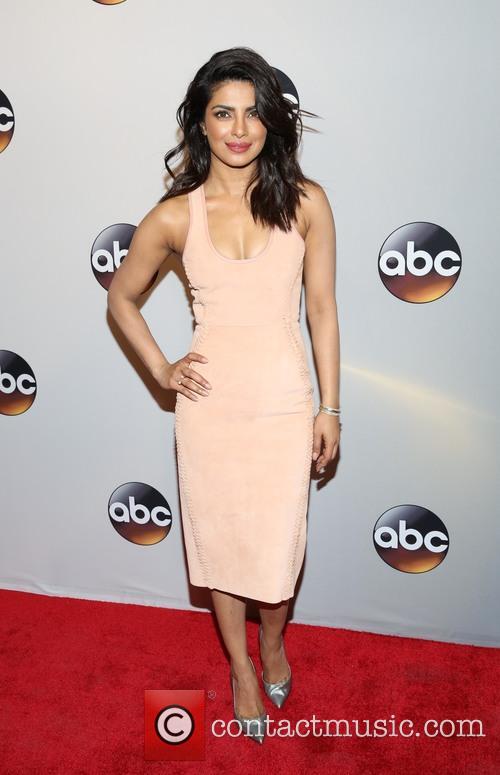 Could Priyanka Chopra be the next Bond?

The Bollywood stunner and former beauty queen is set to play the villainous Victoria Leeds in the forthcoming 'Baywatch' movie re-boot, but she has her sights set on much bigger things. Currently starring in the ABC crime drama 'Quantico', she was interviewed by Complex magazine and discussed just what her future holds and her plans on breaking down sex and race stereotypes. 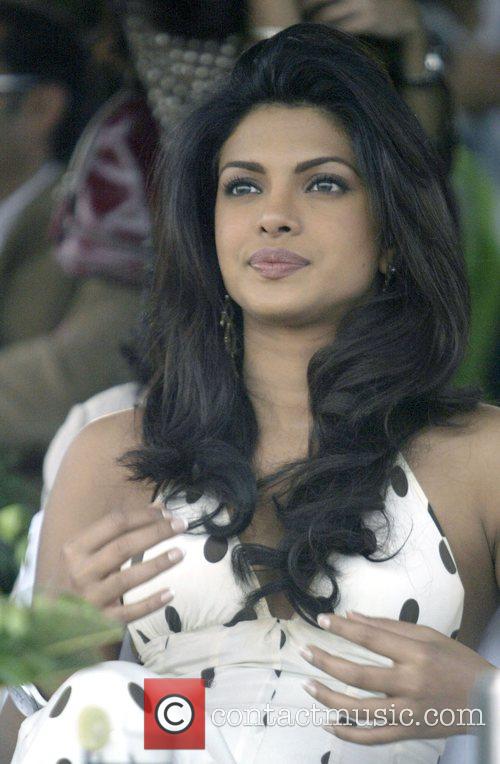 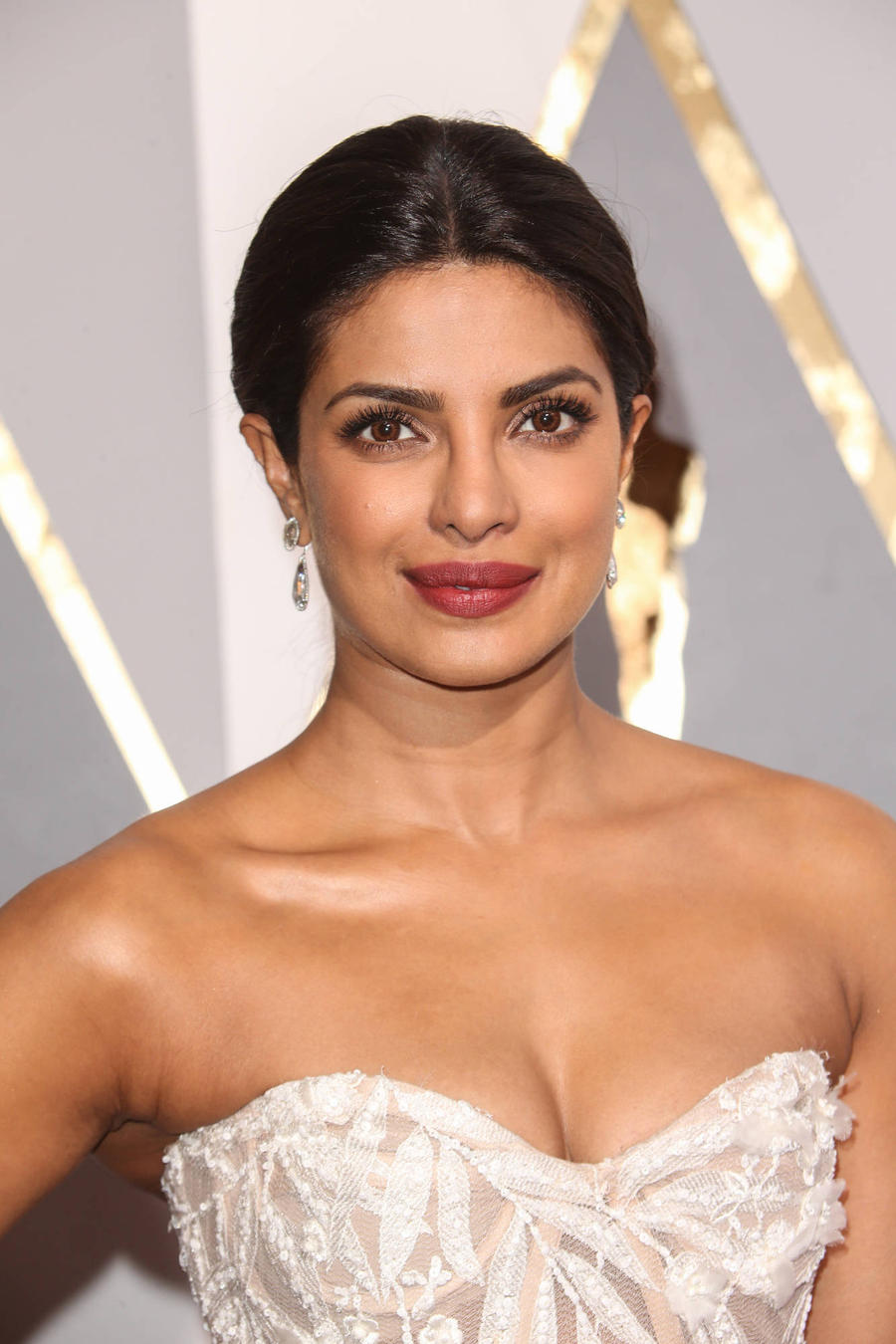