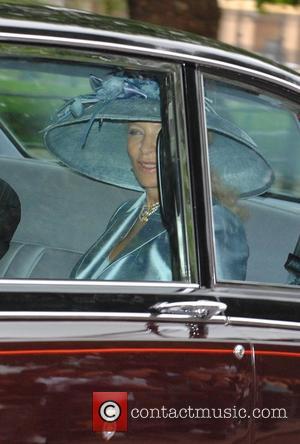 British royal Princess Michael Of Kent has criticised the media's reaction to Prince Harry's decision to wear a Nazi uniform and swastika to a fancy dress party last month (JAN05).

Princess Michael, who is famed for her controversial opinions, believes the press wouldn't have made such a fuss if her fellow royal had been snapped sporting a Stalinist hammer and sickle costume.

Not content with questioning the media's integrity, the Czech-born royal went on to criticise the English aristocracy's attitude to their children's breeding in an interview given to German newspaper WELT AM SONNTAG.

She told the publication, "I feel sorry for Harry. If he had worn a hammer and sickle, nobody would have got excited. Even though the hammer and sickle stands for (JOSEPH) STALIN and gulag and pogrom and devastation.

"The press has a different sensibility because of its ownership structure.

"The English take the breeding of their horses and dogs more seriously than they do their children. God forbid the wrong drop of blood should get into their Labrador. But their children marry everywhere."

Princess Michael's father - BARON GUNTHER VON REIBNITZ - was proved to be a Nazi party member and he also served in the infamous Nazi SS organisation.