Want To See Prince Perform With 21-Piece Band At SXSW?

Prince will perform for just 250 competition winners in an intimate show sponsored by Samsung at SXSW. 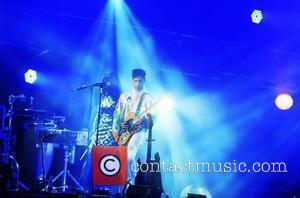 250 lucky competition winners will get the chance to see Prince perform with a 21-piece band at the SXSW closing party this week. The legendary singer has been confirmed as a performer for one of the Texas' festival's closing shows, before an intimate crowd of contest winners, reports The Guardian.

Electronics giant Samsung will fund Prince's SXSW debut show, in the same way it bankrolled Kanye West's gig at a launch event in 2012. To be eligible for a ticket for the concert on Saturday (March 16, 2013), fans must be either SXSW badge-holders or owners of a Samsung Galaxy phone. The room at La Zona Rosa will be strictly limited to just 250 people, where Prince will perform a career-spanning set with his band. "Prince is a legend and true creative and musical genius who has been pushing the boundaries of music for more than 35 years," Todd Pendleton, Samsung's chief marketing officer, told Mashable. "Having Prince in Austin at his first SXSW show will truly be a one-night-only experience that our Samsung Galaxy owners and friends will remember for years to come."

It's certainly SXSW's biggest draw of the week, though the festival in Austin, Texas, is also scheduled to include performances from the likes of Green Day, Depeche Mode, Justin Timberlake and Dave Grohl's all-star group the Sound City Players.

Prince recently released a handful of singles and videos as part of the launch of his new website. In January, he played several shows at a tiny Minneapolis jazz club before appearing at last month's Grammy Awards.