Prince Set To Write Memoir Titled 'The Beautiful Ones'

The book “will take readers on an unconventional and poetic journey” through the music icon’s life.

Prince has announced he is writing a memoir, due for release in fall 2017. Tentatively titled The Beautiful Ones, the book will be published by Spiegel & Grau, an imprint of Random House. Prince officially announced the book at a music industry event on Friday night, telling the audience he intends to start from his first memory and hopefully go all the way up to the Super Bowl. 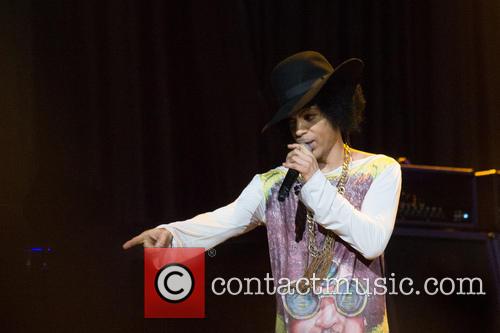 Prince is writing his first memoir.

“This is my first (book),” Prince said (via The Hollywood Reporter) “My brother Dan is helping me with it. He’s a good critic and that’s what I need. He’s not a ‘yes’ man at all and he’s really helping me get through this.”

“We’re starting from the beginning from my first memory and hopefully we can go all the way up to the Super Bowl,” the singer added. The official press release for the book said it promises to ‘take readers on an unconventional and poetic journey through his life and creative work."

“From the family that shaped him and the people, places, and ideas that fired his creative imagination, to the stories behind the music that changed the world,” the release added.

“Prince is a towering figure in global culture and his music has been the soundtrack for untold numbers of people -- including me -- for more than a generation,” Spiegel & Grau Executive Editor Chris Jackson said in a statement.

“His creative genius has provided the musical landscape of our lives. Millions of words have been written about Prince -- books and articles, essays and criticism -- but we’re thrilled to be publishing Prince’s powerful reflections on his own life in his own incandescently vivid, witty, and poetic voice.”