Prince To Perform At Peace Rally In Baltimore

Prince Will Perform At A Peace Rally In Baltimore, Maryland On Sunday (10may15) To Support Those Affected By The Recent Riots. 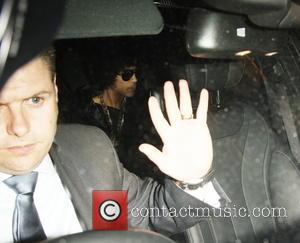 The Purple Rain hitmaker recorded a protest song and held a surprise concert at his studio last week (ends03May15) to honour the residents of Baltimore who were embroiled in violent clashes over the death of 25-year-old Freddie Gray, who suffered fatal injuries in police custody last month (Apr15).

Prince is now taking his tribute to the city by organising a Rally 4 Peace concert at the Royal Farms Arena on Sunday (10May15) and he has urged fans to wear gray to honour Freddie.

The organisers announced, "In a spirit of healing, the event is meant to be a catalyst for pause and reflection following the outpouring of violence that has gripped Baltimore and areas throughout the U.S... As a symbolic message of our shared humanity and love for one another, attendees are invited to wear something gray in tribute to all those recently lost in the violence."

Prince will perform with his band 3rdEyeGirl and other star guests are expected to be announced closer to the time.

A portion of the proceeds will be donated to youth charities in the city.