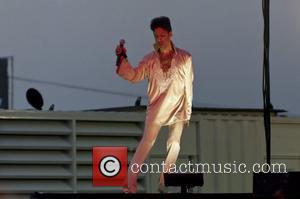 Soul icon Prince prefers to explore new collaborations with young artists instead of veteran musicians because he has "no time for old people".

The Purple Rain hitmaker, who has worked with Chaka Khan and veteran funk star Larry Graham, wants to help put up-and coming-stars on the map and help them create their own legacy, just like he's doing with his new all-female backing band, 3rdEyeGirl - a trio from his own hometown.

He tells StarTribune.com, "I don't have time for old people. I want to work with young people. I have my legacy. It's time for their legacy. They're a Minneapolis band, too."

Prince has been recording new songs with 3rdEyeGirl for the past few months for the release of their debut album later this year (13), and he has formed a close bond with drummer Hannah Ford Welton, guitarist Donna Grantis and bassist Ida Nielsen.

He says, "They are like my kids. And I'm learning from them. Young people have the new ideas."