The Purple One graces London with his presence under the guise of 3rdEyeGirl.

Prince has officially announced his band's presence in the UK with a press conference and live performance held in the home of British soul singer Lianne La Havas, followed by a surprise gig at Camden's Electric Ballroom. The funk singer has been playing with his new band - the three-piece 3rdEyeGirl - to promote their upcoming album Plectrum Electrum, including the new single 'PretzelBodyLogic' which has been described by Prince as "funk 'n' roll."

After A Press Conference, Prince Played A Secret Gig In Camden.

Lianne La Havas became friends with the musician after meeting him in the US. "He heard my music, somehow, two years ago and decided he wanted to meet me!" she said. The singer said she offered up her room as a joke when she heard he was headed to the UK. "I've never had [a global megastar] play in my house, but Prince has been here before. A few months ago. [He's] very respectful, which is good. He's tidy and just lovely." 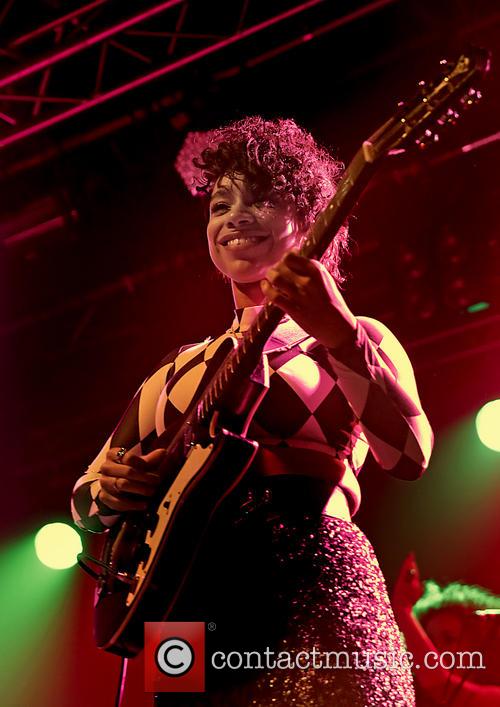 After a two-song acoustic set in front of a log fire, The Purple One revealed that he'll be visiting the UK for a number of live shows at "iconic venues in and around London" in February as part of his 'Hit and Run' tour, according to Gigwise.

Find out what happened when Prince stopped by Fox's 'New Girl.'

The London venue has a maximum capacity of 1,100 but 3rdEyeGirl reportedly only played to a relatively small fanbase of 75 show was revealed on Twitter by his manager Kiran Sharma. "Moving to the Electric Ballroom now for an OPEN PRESS SOUNDCHECK :)" she tweeted. The announcement prompted a queue to quickly form outside the venue and sure enough, Prince appeared with 3rdEyeGirl to play a show to remember.

Watch 3rdEyeGirl Perform 'I Like It There' At The Electric Ballroom:

Though the show was free, fans hoping to catch the iconic star on his band's UK tour won't have to worry about forking out loads for a ticket: he revealed at the press conference that the band want to keep things inexpensive. "We want to charge about $10 a ticket. This is a new band, people are getting something new," he explained, via BBC News.

"We'll work our way up, if people like us, to bigger venues," the artist said of his band's planned trajectory. 3rdEyeGirl are due to play at the Electric Ballroom again tonight.