Members of Prince's all-female backing band 3RDEYEGIRL have paid tribute to their "mentor" and "brother" following his tragic death. 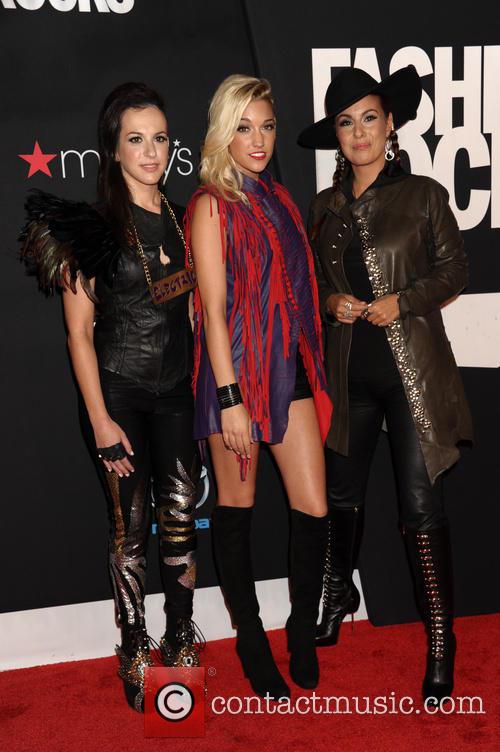 The death of the 57-year-old Purple Rain singer on Thursday (21Apr16) sent shockwaves throughout the music community and many musicians have paid tribute to the music icon online or onstage.

Drummer Hannah Welton and bassist Ida Nielson, who have worked as Prince's backing band with Donna Grantis since 2013, have now added lengthy emotional tributes on Instagram, in which they thank him for being in their lives.

"Prince quickly became more than just 'the artist' to us," Hannah writes. "He wasn't our 'boss'. In fact, he didn't like it when people called him that. He was our GREAT friend. Our mentor. Our confidant. Our brother. And even became somewhat like a protective, father figure over us...

"All the music and touring in the world could never compare to the time spent with our brother... Though a physical presence has been lost in the natural, his spirit lives on through all the lives he touched."

Ida, who confesses she is still coming to terms with his death, describes Prince as a "deeply caring man with a tremendously big heart and generosity for the people around him" and adds that she will forever feel honoured and privileged to have worked with him.

"I have lost a dear friend, a Mentor, a big brother, ping pong buddy, a teacher, a laughing partner and caretaker. And my number one musical influence and inspiration ever!... Prince, I love you and will miss you deeply and with me millions of people around this planet. You changed my life and made my biggest dream come true and I will always cary (sic) you with me in my heart."

Former Pussycat Doll Nicole Scherzinger also added her tribute by sharing a picture of Prince at his piano on Instagram and calling him "the most phenomenal... human I've ever been blessed to know... I will remember him as my dear friend, a brother, mentor and my inspiration."

Prince died at his Paisley Park home in Minnesota. His previous property in Toronto, Canada has gone up for sale for $12.8 million (£8.8 million). The gated two-acre estate boasts six bedrooms, 10 bathrooms, a swimming pool, and a tennis court.

He lived at the property during his marriage to Manuela Testolini between 2001 and 2006.