Prince has released a full version of new single 'Screwdriver' on YouTube after part of it was leaked on Twitter. 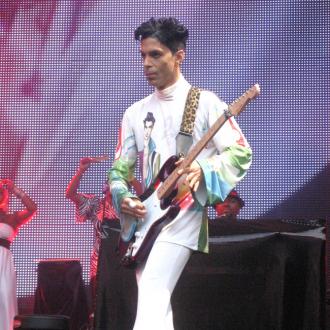 The 54-year-old singer and his new all-female group - drummer Hannah Ford, guitarist Donna Grantis and bassist Ida Nielsen - have uploaded a full version of the song to YouTube after part of track was leaked onto the internet via Twitter account 3rd Eye Girl, which Prince is rumoured to be behind.

Donna admits it has been ''so inspiring'' performing with the 'Purple Rain' hitmaker - who is to be honoured with an Icon Award at the 2013 Billboard Music Awards - and she has been taken aback by how talented the iconic artist is.

She told The Current: ''It's just totally incredible. Just hearing him play and rehearsing and jamming and performing, it's so inspiring.

''When he's playing - you know that face you get when you're listening to music that's really good? I call it 'the stink face'. I seriously have that the entire time we're playing because it's just so good. I told a friend of mine, 'You know how people get laugh lines? I think I'm just going to get stink face lines.' It's so inspiring, it's just amazing.''

Prince will be honoured with the Icon Award at the MGM Grand Garden Arena in Las Vegas on 19 May.