Prince is back with Warner Bros and it's just in time for Purple Rain's 30th birthday.

After 18 years apart Prince and Warner Bros Records have struck a new deal, meaning that previously unheard material and new releases are coming our way.

Prince and Warner Brothers have reached a new deal

Nearly two decades ago Prince and Warner Brothers were embroiled in a bitter battle which saw the star protesting his contract with the label by writing ‘slave ‘on his face. Now it seems the two are back on good terms and it’s just in time for the 30th anniversary of his iconic Purple Rain album.

This new deal means that previously unheard material will be released and a deluxe 30th anniversary addition of Purple Rain is on its way. More excitingly, a brand new album should also be out soon. The singer said via a statement, "A brand-new studio album is on the way and both Warner Bros Records and Eye (sic) are quite pleased with the results of the negotiations and look forward to a fruitful working relationship.”

Warner Bros. Records chairman and CEO Cameron Strang echoed the singer’s sentiments by saying "Everyone at Warner Bros Records is delighted to be working with Prince once again: he is one of the world's biggest stars and a truly unique talent. We are also very excited about the release of new and re-mastered music from one of his greatest masterpieces.” The new deal is a landmark in the singer’s career, whose battles with Warner were much publicised in the 1990s.

So far 2014 has been a pretty exciting time for Prince fans, in February the singer played a string of small London shows with his new band 3rdEyeGirl. He also made a cameo appearance on the hit show ‘New Girl’ alongside Zooey Deschanel that month. After the show he debut a new song entitled ‘’PRETZELBODYLOGIC' to fans online. 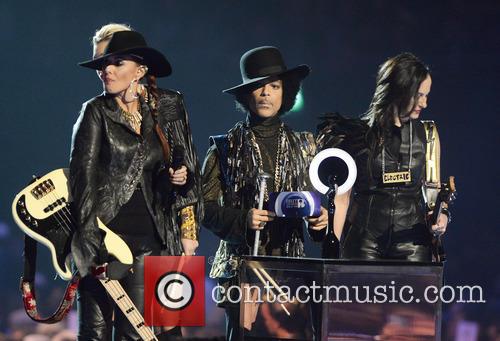 In other surprise Prince news, the singer unexpectedly dropped new single ‘The Breakdown’ on iTunes shortly before midnight on Friday. The ballad is the artist’s first release since returning to the Warner Bros. fold.