Prince honoured the city of Baltimore with a tribute concert on Saturday night (02.05.15). 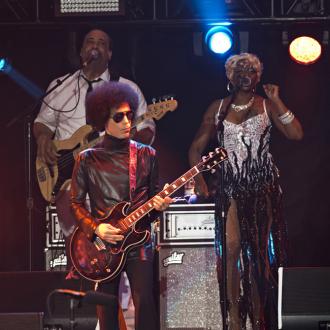 Prince honoured the city of Baltimore with a tribute concert on Saturday night (02.05.15).

The 56-year-old performer announced the event, billed as a ''DANCE RALLY 4 PEACE,'' on Twitter just hours before it began, inviting fans to his recording complex, Paisley Park, in Minnesota for the show.

The last-minute concert was held as a tribute to the violent protests and riots which have broken out across the US since the death of Freddie Gray, who died in police custody last month.

Before Prince took to the stage, the audience - who were asked to wear grey as a sign of respect to Freddie - were shown never-seen-before live clips from his critically acclaimed 2014 'HITNRUN UK tour' as well as footage from a closed-door concert which took place at Paisley Park last June to celebrate the 30th anniversary of 'Purple Rain'.

Along with collaborators funk-rock group 3RDEYEGIRL, the star performed for almost an hour, during which he paid his respects to Freddie and referenced the protests by playing the socially-charged track 'Chaos & Disorder', taken from his 1996 album of the same name.

Elsewhere during the set, Prince treated guests to renditions of 'Crimson & Clover', 'Guitar' and 'Dreamer', before concluding the performance with the funk-rock instrumental 'PLECTRUMELECTRUM'.

Last week, the 'Little Red Corvette' hitmaker announced he had recorded a song titled 'Baltimore', which features Chicago-based singer Eryn Allen Kane, addressing the social unrest, although it is yet to be released.