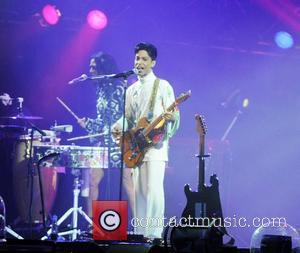 Soul superstar Prince partied with celebrity fans Alicia Keys, Whoopi Goldberg and Naomi Campbell onstage on Saturday (18Dec10) as he performed the first of three shows at New York's fabled Madison Square Garden.
The music icon invited a host of famous faces, including singer/actor Jamie Foxx and director Spike Lee, up to the platform to dance with him and Sheila E as they performed A Love Bizarre as part of his Welcome 2 America shows.
During his set, Prince took fans back in time with renditions of classic hits like Cream, Kiss, Shhh, Purple Rain and 1999, earning him a standing ovation from the sold-out crowd, prompting him to quip, "This is my house now", as he left the stage.
Prince is scheduled to play another show at Madison Square Garden later this month (Dec10), before returning one more time in January (11).