Prince And 3rdEyeGirl Set To 'Hit And Run' The US With Spontaneous, Secretive Tour

Prince is hitting the road again, but he’s not giving away too many details.

Prince and his band 3rdEyeGirl are going on the road again, this time bringing their ‘Hit and Run’ tour to the U.S. for the first time. But as with the singer’s UK run last year, little details are available about the upcoming shows, only that it all kicks off next week in Louisville, KY., where portions of the ticket sales will be donated to various charities in the city. 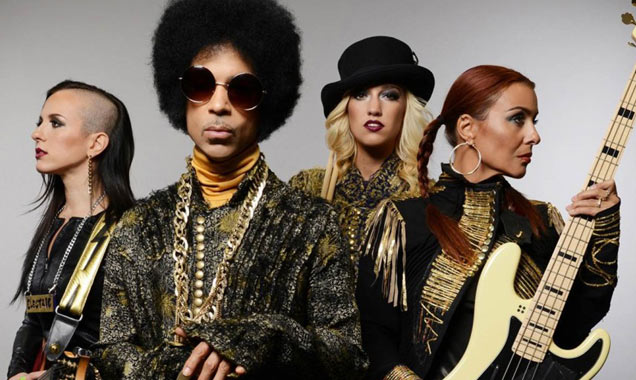 Where will Prince and 3rdEyeGirl turn up next?

Prince will play an as-yet-unannounced venue in Louisville, KY on Saturday March 15th, with tickets going on sale Monday, March 9 at 10 a.m. local time. The Kentucky city has been chosen as it’s the hometown of 3rdEyeGirl drummer Hannah Welton.

Writing on twitter, the drummer expressed her excitement at the upcoming shows, telling her followers, “LOUISVILLE HERE WE COME!!!! :-) AAAAHHHH!! Let's see how many more we can get to join the #PrinceArmy!!!!”

Last year Prince and 3rdEyeGirl sent fans on a trek around the UK, announcing venues for shows via twitter with little advance notice. But things might be a little trickier for fans of the purple one this tim around, as Prince deleted his twitter account back in November.

More: Prince Just Released Two Albums In One Day, What Are You Doing With Your Life?

The 56 year old singer released two albums last year, solo LP, Art Official Age and Pelectrumelectrum, his debut outing with band 3rdEyeGirl. The album’s were released by Warner Brothers, the label which Prince famously fought with two decades ago, causing him to write ‘slave’ on his cheek and change his name to a symbol to protest his contract.