Prince will guest star, as himself, on the Super Bowl episode of 'New Girl' and interferes with the relationship of Jess (Deschanel) and Nick (Johnson). 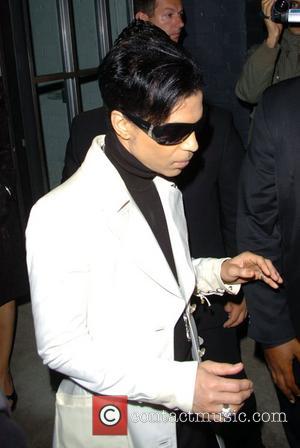 It looks like the Fox sitcom 'New Girl' is also going to get a new guy!

Music icon Prince is set to make a guest appearance on the show as himself for the upcoming Super Bowl episode.

Deschanel's character will be invited to a house party at Prince's mansion and when the rest of the crew get wind of this, they are determined to attend as well, reports The Associated Press.

This will be the first time ever the 'I Wanna Be Your Lover' singer has appeared on a TV comedy show.

According to E!News, Prince is a huge fan of 'New Girl' and connected the producers himself during last season.

"He knows everything about the show. He contacted Zooey [Deschanel] and Hannah [Simone] directly and asked to do the show. We couldn't work it out last year. But when the Super Bowl thing was floated, it was perfect timing."

The singer was very specific in the purpose of his guest appearance, as Dave Finkel, who is also an executive producer, added, "He said, I want to be involved in the show in a real way and I want to help Nick and Jess with their relationship."

"He's right in the middle of trying to help [Nick and Jess] work through some stuff and it's amazing," Baer continues. "His thing was all about getting to Jess and trying to bring out this inner part of her that hadn't been brought to the forefront. The word hip tips was sort of the thing. He put it, I think I can give her some hip tips!"

The producers also praised Prince for is awareness and understanding while being in front of the camera, "He knows that his value as a persona is doing as little as possible," they said. "But those little possible moments he knows exactly how to play it and exactly how to give."

This episode will air directly after the 48th annual Super Bowl on February 2nd 2014.