The festival's organiser Emily Eavis told the BBC that plans were afoot to pay tribute to Prince, as well as to David Bowie.

Glastonbury Festival is planning a tribute to Prince, in addition to its confirmed plans to commemorate the late David Bowie next month.

The festival’s organiser Emily Eavis told the BBC on Wednesday (May 4th) that a metal sculpture in the shape of a lightning bolt, inspired by the iconic cover art of Bowie’s 1973 album Aladdin Sane, will hang above performers on the Pyramid Stage.

Massive acts such as Adele, Coldplay and Muse are set to grace the main stage as headliners at the three day festival at Worthy Farm, Somerset, in late June. 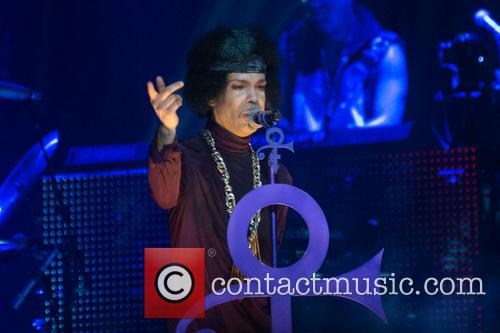 Bowie memorably headlined the world-famous festival in 2000, performing a set packed with hits that he hadn’t played in years, such as ‘Starman’, ‘China Girl’ and ‘Life On Mars?’, to a stunned audience. Footage from that set is due to displayed around the site, and the performance was described by Eavis as “the best festival set I’ve ever seen”.

In addition, she added “we’re doing Philip Glass's Heroes Symphony on the Park Stage on Saturday night, which is going to be a really intimate tribute to Bowie.”

More: Prince was scheduled to meet with opioid addiction doctor the day after he died

However, she added that plans to pay a similar tribute to Prince, who passed away at the age of 57 two weeks ago on April 21st, were in progress. “There's talk of late-night Prince parties and things,” she said, keeping relatively mute on the subject.

Prince had never performed at Glastonbury before, but Eavis had approached him on a number of occasions only to have plans scuppered for various reasons. She revealed that a Prince headlining set had been “close to happening for three years” and called his death “a huge loss to music”.

Eavis, who runs Glastonbury alongside her father Michael, also took the opportunity to squash recent alarming rumours that the festival might move from its Worthy Farm site in the future, but added that there were plans for an additional, smaller festival held elsewhere.

“It's going to be the whole team behind the Glastonbury Festival but it's not going to be called Glastonbury,” she said, explaining the proposed event would be a “visual feast” with “larger-scale installations, as well as music”.

“The main thing to set straight is that Glastonbury Festival itself will always be at Worthy Farm.”