Britain's Prince William and Kate Middleton will be carried from Westminster Abbey to their wedding reception at Buckingham Palace in a horse drawn carriage. 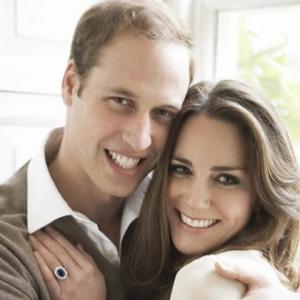 Britain's Prince William and Kate Middleton will be taken to their wedding reception in a horse drawn carriage.

The 1902 State Landau coach - which was also used by William's parents Prince Charles and Princess Diana at their 1981 wedding - will take the bride and groom from Westminster Abbey to Buckingham Palace, where their wedding celebrations will continue on April 29.

There will be five horse-drawn carriages in the Carriage Procession, with the second and third carriages taking the Best Man- William's brother, Harry - the Maid of Honour, Kate's sister Pippa and her bridesmaids.

The fourth carriage will carry William's grandparents Queen Elizabeth and The Duke of Edinburgh, while the fifth will take William's father, the Prince of Wales and his wife The Duchess Of York.

Speaking of plans for the wedding day, head coachman Mark Hargreaves told the Daily Telegraph: "With the crowd and the noise, the horses are going to be on their toes. "You're too busy thinking about 'What am I going to do next?' to enjoy it. You get the butterflies before you get on board and while you're getting changed.

"But once you get on you're tuned in to your job, you don't really enjoy it until you get back and everything's gone well and you can sit back and relax."

However if there is heavy rain on the day, a glass coach will instead be employed.

It has also been revealed that Kate will controversially be taken to her wedding in the same car Prince Charles, the Prince of Wales, and his wife were travelling in when it was attacked during student protests last year.

Prince William will be taken to the wedding in a separate state vehicle.