Royal Wedding Menu Up For Auction

A Menu Card From The Wedding Of British Royals Prince William And The Duchess of Cambridge Is To Go Up For Auction. 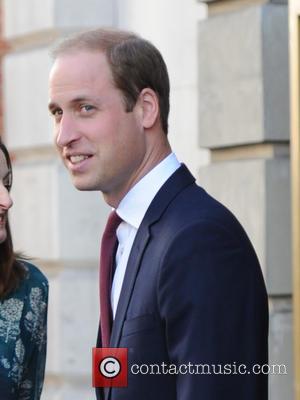 The rare document for guests at the nuptials in 2011 details the lavish three-course meal the wedding party tucked into following the ceremony, including marinated salmon, saddle of lamb, and a dessert of honey ice cream, sherry trifle and chocolate parfait.

The meal was washed down with fine wines including a 2004 L'Hospitalet de Gazin, Pomerol and a 2009 Meursault Domaine Guyot-Javillier, and the bride and groom were toasted with Laurent Perrier Rose Champagne.

The menu is printed on ivory card stock and contains the heraldic badge of the groom's father Charles, Prince of Wales, and a green border trimmed with gold. It will go on sale via Nate D. Sanders Auctions on 29 October (15), with bidding opening at $1,000 (£625).

Prince William, second-in-line to the British throne, wed Catherine Middleton at London's Westminster Abbey on 29 April, 2011 and they took the title Duke and Duchess of Cambridge after exchanging vows.