British Royal Prince William Will Make A Rare Tv Appearance In China Next Month (Oct15) To Raise Awareness About The Need To Protect Endangered Wildlife. 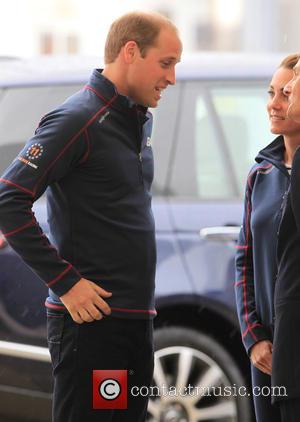 The Duke Of Cambridge, who launched his anti-poaching charity United for Wildlife last year (14), will pre-tape the speech in London for broadcast on the nation's Let's Talk TV show.

The news was announced on Monday (07Sep15) via the official Twitter blog for royal residence Kensington Palace, and in an accompanying statement, a representative writes, "The Duke is grateful to have this opportunity to explain how people around the world must work together to save some of the planet's most critically endangered species before they are lost forever.

"He considers this issue an important test for his generation's ability to solve the much more complex global challenges it will face in the decades to come."

The news of William's appearance emerges months after his official visit to China earlier this year (15), when he raised the issue of curbing the illegal wildlife trade with President Xi Jinping.