Prince William And Catherine, Duchess Of Cambridge Have Been Granted A No-fly Zone Over Their English Countryside Estate, So They Can Enjoy Life Away From Prying Eyes. 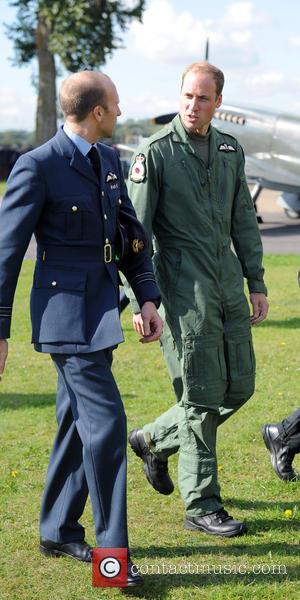 The royal couple welcomed its second child, Princess Charlotte, in May (15), and William and Kate have been spending an increasing amount of time at their 10-bedroom Anmer Hall estate in Norfolk.

Now British government officials have decided to ban unauthorised aircrafts from flying below 2,000 feet (609.6 metres) around the property.

"The Secretary of State has decided that it is necessary in the public interest to restrict flying in the vicinity of Anmer Hall, Norfolk, having regard to the security considerations associated with this location by reason of it being the residence of members of the Royal Family," states the official order, which will go into effect on 1 November (15).

The Duke and Duchess of Cambridge aren't the only members of the monarchy to receive the special treatment. William's grandmother, Queen Elizabeth II, has a similar order in place for her Norfolk home, Sandringham House, from 1 December (15) to 1 March (16), while there is also a no-fly zone over his dad Prince Charles' Highgrove House retreat in Gloucestershire, England.