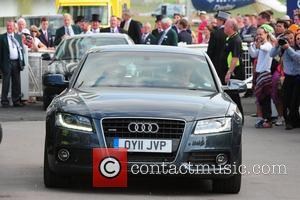 Prince William and his wife Kate Middleton are set to begin their first official tour as a married couple in Canada on 30th June 2011. Prince William and Kate, the Duke and Duchess of Cambridge, will visit Ottawa, Ontario, Gatineau and Montreal before heading to Quebec City on 3rd July 2011.
According to US Weekly Magazine, the couple will visit 'Maison Dauphin', an organisation that works with homeless youths. The group has links with Prince William's patronage of 'Centrepoint', a homelessness charity based in the United Kingdom. The royal couple will also attend a community event at Fort-de-Levis during their time in Canada. The celebration in Quebec City will mark three important milestones - the 375th anniversary of the Lauzon, the 150th anniversary of the founding of Levis, and the 10th anniversary of the new City of Levis. A representative for the Department of Canadian Heritage said the couple are taking the trip "in hopes that, upon their departure, they will come to regard Canada as their second home - a term of endearment often used by The Queen to describe her special bond of affection for and pride in this country". Kate Middleton is reportedly packing 40 outfits for the trip, which will also include a visit to California. A source also suggests Middleton is planning to bring hairstylist James Pryce along for the trip.
Palace officials confirmed Prince William spent his 29th birthday working at the Raf base in Anglesey on Tuesday (21st June 2011).