Prince William and Kate Middleton got married at Westminster Abbey today (29.04.11), exchanging vows shortly after 11am. 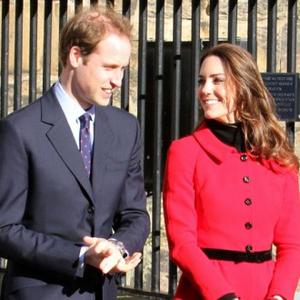 The couple exchanged vows at Westminster Abbey today (29.04.11), with the bride - wearing a gown created by Alexander McQueen designer Sarah Burton - omitting a proclamation to "obey" her husband, as expected.

Despite William admitting he was worried about messing up his vows before the ceremony, the exchange went smoothly, though he did struggle to get the wedding ring onto his new bride's finger.

As well as members of the UK and overseas royal families, guests at the wedding included soccer star David Beckham and his fashion designer wife Victoria, Sir Elton John and his partner David Furnish, and singer Joss Stone.

According to a lipreading expert, William cracked a joke with Kate's father Michael Middleton when they arrived at the alter, saying: "We're supposed to have just a small Family Affair."

Now they are married, the couple have had the titled Duke and Duchess of Cambridge bestowed on them by William's grandmother, Queen Elizabeth.