As if the Prince wasn't protected enough...

Britain's most famous baby, Prince George of Cambridge, has been christened at a private ceremony the Chapel Royal, St James's Palace in London. The third in line to the British throne, after his grandfather Charles and his father William, was baptised by the Archbishop of Canterbury, Justin Welby. 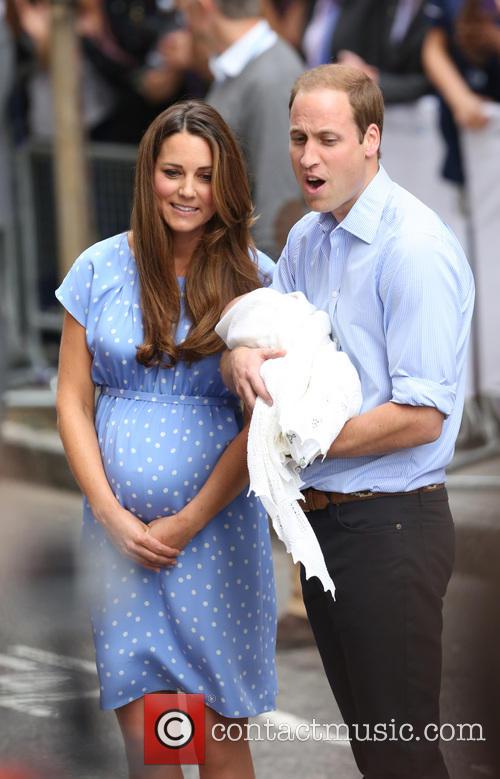 George Was Welcomed Into The World On The 22nd July.

A total of seven godparents were selected for the young prince, including family members and friends of his parents, William and Kate. The godparents, announced earlier via BBC News, are Oliver Baker, Emilia Jardine-Paterson, Earl Grosvenor, Jamie Lowther-Pinkerton, Julia Samuel, William van Cutsem and Zara Tindall. Tindall, the wife of former rugby player Mike Tindall, is Prince William's cousin whilst the other six are friends of Will and Kate.

Kate's sister Pippa and William's brother Harry read out some bible lessons which were chosen along with two hymns and two anthems by the Duke and Duchess. Though royal fans gathered outside the chapel, the baptism was attended by only 22 guests, which included senior royals, four members of the Middleton family, the seven godparents and their spouses. 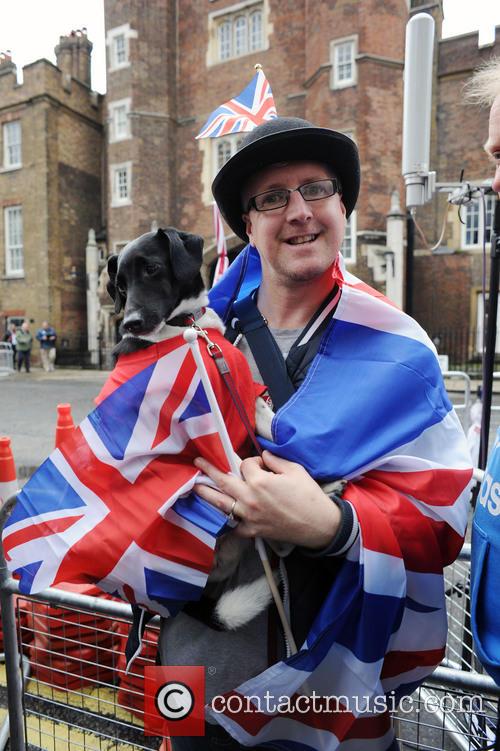 Where There Are Steel Crowd Control Barriers, There Are Fans.

Prince William dressed in a pastel and navy blue suit whilst Kate wore a formal lemon dress with a matching fascinator. George wore a replica of the lace and satin christening gown made for Queen Victoria's eldest daughter, Victoria, the Princess Royal, in 1841, and was proudly carried by by his parents out of the ceremony.

Interestingly*, after the ceremony a picture was taken of the Queen and princes Charles, William and George together which harks back to a 1894 photograph from the christening of the future Edward VIII, featuring the young royal with his father George V, grandfather Edward VII and great-grandmother Queen Victoria. After George was carried out of the chapel, the guests headed for a special royal tea hosted by the Prince of Wales at Clarence House. 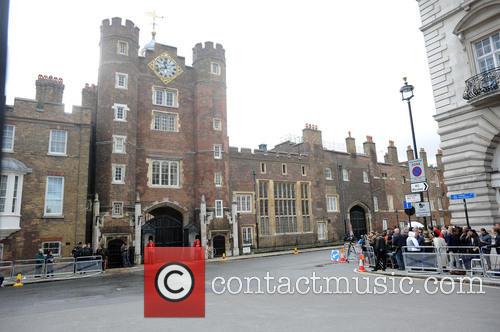 The Road Was Cleared For The Christening.

The official photo is expected to be released on Thursday.