Hunter&Game offers viewers a glimpse into the emerging world of the New Electronic Brooklyn Underground scene. We follow Hunter&Game and they endeavour to make a name for themselves in the music industry. As well as using actors, director Kevin Alexander asked real bands to contribute to the movie including Ava Luna, Prince Rama, Splash!, Teams, Sleepover & Portable Sunsets.

Described in the directors own words, Hunter&Game is briefly summed up "as Spinal Tap in Bushwick for millennials."

To make the movie Director Kevin Alexander immersed himself into the music scene, we asked him about the comparisons of launching a film and music career: "I think it's easier to start a band and play some shows and a get a little recognition than it is to make a film. Even with a low budget film, it's a much more expensive endeavour. However, I think it's equally difficult in both music and film to break into the industry. There's so much stuff out there and it's easy to get lost in the glut."

By Adam Gibson in Music Reviews on 12 January 2012

Prince Rama are a unique beast in the modern day music scene. Two sisters born and raised in a Hare Krishna commune in Florida, educated at a Boston Art School who are now a truly avant-garde band living in New York. You can tell why Animal Collective have taken to Taraka & Nimai Larson's music so much that they released their latest album, Trust Now, on their Paw Tracks label. 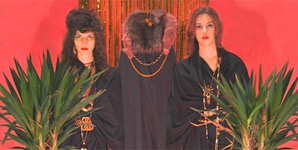 Prince Rama's new single, 'Golden Silence', is taken from their upcoming fifth studio album 'Trust Now', which will be released on October 17th, through the label Paw Tracks. It follows on from their fourth album, 'Shadow Temple', which was released in September 2010 to positive reviews. 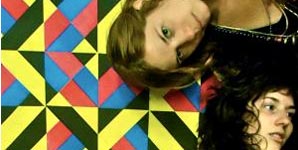 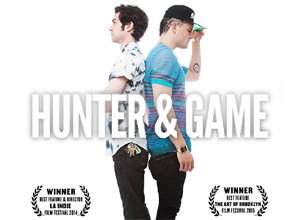