Prince Harry transformed into a puppet at birthday bash

Prince Harry was transformed into a a ventriloquist's dummy at a 30th birthday party at Clarence House. 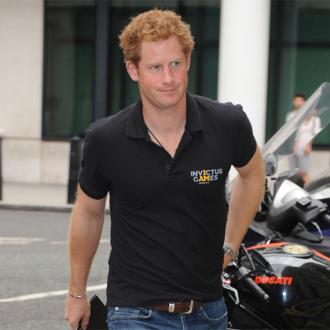 Britain's Prince Harry was transformed into a ventriloquist's dummy at a party for his 30th birthday.

While the flame-haired royal was initially reluctant to get on stage during the bash at Clarence House, he was eventually dragged on stage by funnywoman Nina Conti, who asked him to don a comical mask and become a puppet.

The source told The Sun newspaper: ''He took it well and had everyone in stitches.''

Adam - who found fame in 2005 with 'London Underground', a parody of The Jam's hit tune 'Going Underground' - ridiculed Harry and his friends for never taking the Tube in London.

Pop star Ellie Goulding was also in attendance at the birthday bash and performed a set of songs for Harry.

The pair were seen backstage at the Invictus Games - which he helped organise - last weekend hugging and laughing with each other following her performance at the sporting event's closing ceremony.