Prince Albert II of Monaco and his wife Princess Charlene are snapped on the red carpet at the Princess Grace Awards Gala at the Cipriani in New York. When photographers bustle together to try and snap them as soon as they step out of their car, they are told by members of security to wait until the royals hit the red carpet.

The event celebrated the 30 year anniversary of the Princess Grace Foundation; an organisation set up honouring actress Princess Grace of Monaco (known to most people as Grace Kelly) which aims to find new talent in the world of acting by offering grants and scholarships.

Prince Albert II Of Monaco And... 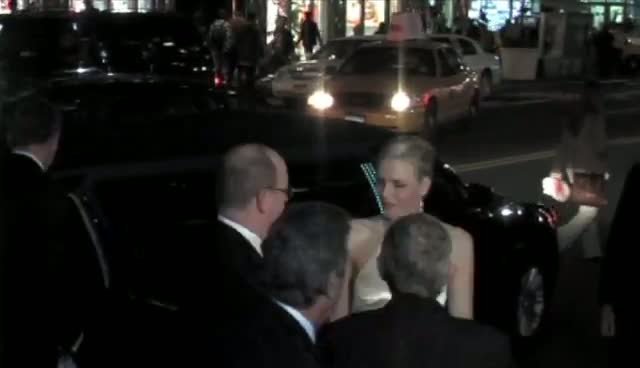