'Throb' died in Hove, according to Primal Scream bassist Mani.

The former Primal Scream guitarist Robert 'Throb' Young has died. Scream bassist Mani took to the band's messageboard to announce the sad news, saying the musician - who left the group in 2006 - had passed away in Hove, Brighton. 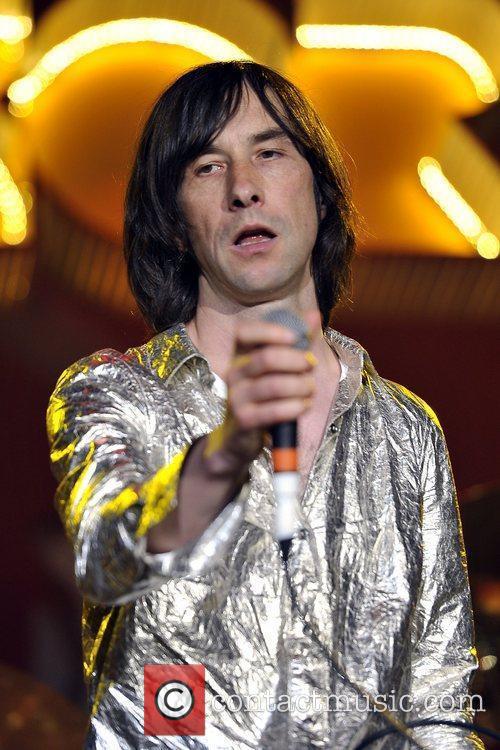 "Robert young , AKA the throb, passed away this weekend in hove. Truly devastating news," posted "Mr Gary" - known to be Mani - on the Primal Scream Forum.

The bassist's wife Imelda Mountfield tweeted, "Beyond sadness today , RIP to the one and only Throb, over to the other side brother , we'll love you forever . Melds n mani xx xx."

Young played guitar for Primal Scream from the mid 1980's until his departure for "personal reasons" in 2006. His hedonistic lifestyle during the band's most successful touring years saw him become the talisman for Primal Scream's harder, rockier sound.

"Let's just say that he's got some problems that he's got to sort out for himself," Scream frontman Bobby Gillespie said in 2006 . "It's a hard thing to talk about, because it's private and it's his life, and I don't think I have the right to judge him. I'd like Throbert to be alive. I'd like him to be well. I'd like him to be happy. Further than that I can't really say. I just hope he wants to get better."

When asked if he could envisage working with Young again, Gillespie told Drowned in Sound: "No, it's never gonna happen again. That moment has passed. I don't want to get into the reasons but things turned out how they did. He went one way and we went another way. He stopped making music and we carried on making music. You just have to get on with your life. Robert Young's an incredible musician, an incredible talent.

"One of the most talented people I've ever known. I grew up with Robert and I love him like a brother, but we don't see him any more. I don't think anybody does. I don't really know what's happening there. I don't think he's making music now. But I wish he was because he's super talented."