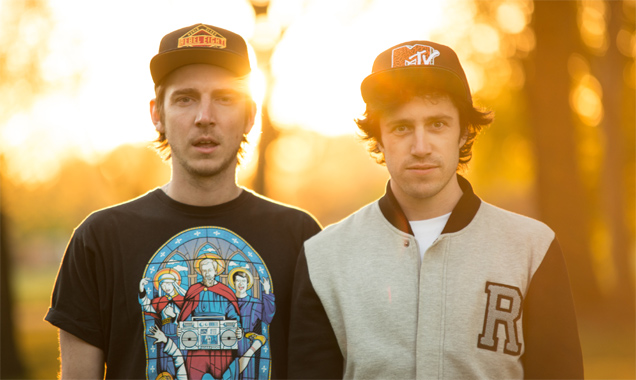 Too Many T's take a moment out from captivating audiences up and down the UK to present ten solid tracks of classic Hip Hop in the form of Too Many T's RUNNING WILD EP could very well be the most entertaining thirty minutes of audio entertainment you will have encountered for quite some time. What's more, it's all for free.

The T's have been breathing fresh life into the Hip Hop scene for nearly three years and, in that time, they have supported some of their childhood hero's on stage; Big Daddy Kane, Wu Tang Clan, Ugly Duckling and, as part of the upcoming tour, Charli 2na. They have reached audiences on 6Music and XFM as well as performing at some of the UK's biggest and best festivals. This year alone saw the South London duo perform an official set on Bestival main stage, they drew the biggest crowd everat Friday's opening set at Secret Garden Party on Temple of Boom stage, Shambala Festival, LeeFest, Camp Bestival, where they warmed up for De La Soul (the last 9 minutes of which was entirely acapella!) and Glastonbury Festival where they played no less than eight shows including the "Opening Number" set where Mr. Eavis himself was seen on the dance floor.

Leon Rhymes and Standaloft step up with their next release and they have recruited a number of friends they have met over the last few years to create their largest and best output to date. The EP effortlessly weaves back and forth between the T's and a collection of the hottest up-and-coming and established rappers whilst slickly flowing through a number of guest producers. The distinct sense of positivity and Old School vibes is what ties this whole release together, and Too Many T's are at the helm. Whether that be during the nod to Cypress Hill in 'Smoking Goodies ft. Sparkz', or the feel-good summertime anthem 'Running Wild', the gritty parody track 'Wish I Never ft. HypeMan Sage', or the allstar track, 'Butter Rug', which features a wealth of rappers including 'Abdominal MC' and 'Lazy Habits'. The Running Wild EP is guaranteed to appeal to the duo's diverse fan base, old and new. Too Many T's are very much ready to take on the next level. Headfirst.

To coincide with the release, the T's embark on a full UK tour starting on the 1st October in Manchester and ending at Birthdays in London on the 14th November. See
below for more details.