Posted in Press Releases on 22 November 2013 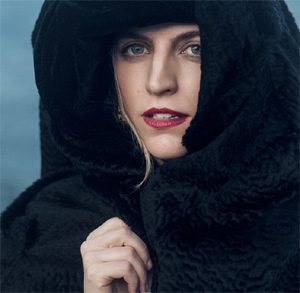 Australian singer / songwriter and multi-intrumentalist Sally Seltmann, who has just signed to the Lojinx label, releases a new single "Billy" - a taster from her forthcoming album, due for release in March 2014.

Sally, who formerly performed under the moniker "New Buffalo", is perhaps best known for having co-written Feist's hit "1234", but she has also had her songs covered by several other artists, including Bon Iver.  She is also a member of Seeker Lover Keeper alongside Sarah Blasko and Holly Throsby.

When Sally commenced writing for her new album she knew she wanted to create a collection of songs that expressed the full spectrum of human emotions. "Billy" with it's captivating melody, is a time-honoured tale of a woman lamenting the loss of her beloved man, and is the first in a series of songs that offer listeners a thrilling emotional journey.

The forthcoming album was recorded and produced with Sally's husband Darren Seltmann (The Avalanches) in their attic studio and features performances from an array of talented guest musicians. It will be released in March on Lojinx in Europe, Arts & Crafts in North America, Rallye in Japan and Caroline/Universal in Australia.