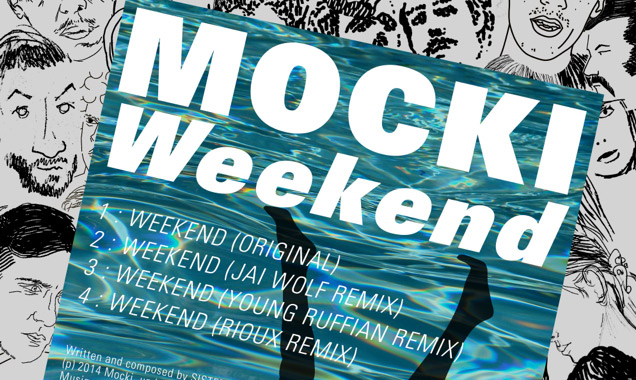 2015 kicks off with a true stomper 'Weekend' by Anglo-German artist Mocki.

Following in the footsteps of recent singles by Years & Years, Chela, The Magician and Tobtok, Mocki deliver their debut single "Weekend", an infectious three minute slice of bright, spiky pop with a huge hook, in the same vein as Odesza and Kiesza.

'Weekend' was the first song written by the group and it came together in record speed. "We had Weekend finished in about six hours! I think when there are no expectations and you have an instant creative connection with someone, everything just flows" says Domino.

To complete the package, the single is backed by three fabulous remixes from Jai Wolf, Rioux and Young Ruffian.