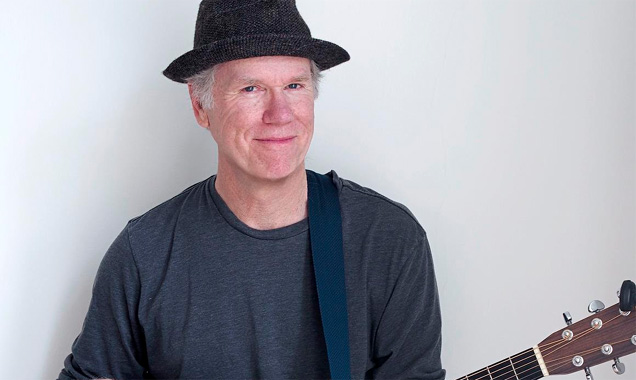 Haven't Got the Blues (Yet)--or HGTB(Y), for short-is the 26th album in the long and illustrious career of Loudon Wainwright III.

It follows his acclaimed Older Than My Old Man Now album from 2012-"my death n' decay opus," as Wainwright calls it.

Uproariously rocking lead track "Brand New Dance," which evokes The Big Bopper's classic "Chantilly Lace," is "me moaning and groaning about the horror and embarrassment of personal physical diminishment in the wider context of the world in which we live today," Wainwright states.

Continuing this theme, "The Morgue," which Judd Apatow originally commissioned for Wainwright's dysfunctional dad character to sing to Adam Sandler in an episode of Undeclared, finds "death and decay meeting shit love," he says.

Likewise, "Harlan County" was written as a theme song for the TV show Justified, and also like "The Morgue," was rejected. Wainwright's version on HGTB(Y), however, features the beautiful vocal harmonies of singer-songwriter Aoife O'Donovan. The backup vocals of Wainwright's daughter Martha, meanwhile, appropriately grace "I Knew Your Mother."

Other cuts of special Wainwright interest include "Man & Dog," which was motivated by his dog Harry (the inspiration of other Wainwright ditties, including, he says, his yet-to-be-recorded "Puppy Hate"), and "Spaced," a klezmer/Balkan gypsy-styled look at that alternate street parking theme. He takes a typically topical turn on "God & Nature" ("A bit of Episcopalian gospel composed after watching the 2012 Vice Presidential Debates") and his new seasonal favorite, "I'll Be Killing You This Christmas"-which he actually wrote in response to the Newtown shootings.

Wainwright notes that he toyed with the idea of calling the album Town & Country, then saw the cover photo of the famous forlorn clown Emmet Kelly, after which "Haven't Got the Blues (Yet)" became the title track. Another standout track, "Depression Blues," invokes such great blues men as Blind Lemon Jefferson and Sleepy John Estes, not to mention Shakespeare and "old Sigmund."

"I got to know L'il Davey about 23 years ago, on a flight back from Vancouver-I think-to New York," Wainwright recalls. "I've worked on and off with him ever since, on TV, in the recording studio, and on the road. He's been featured as a player and arranger on some of my best records including History, Grown Man, Last Man on Earth, and High Wide & Handsome."

Born in Chapel Hill, N.C. in 1946, Loudon Wainwright III came to fame when "Dead Skunk" became a Top 20 hit in 1972. He had studied acting at Carnegie-Mellon University, but dropped out to partake in the "Summer of Love" in San Francisco, and wrote his first song in 1968 ("Edgar," about a lobsterman in Rhode Island).

He was soon signed to Atlantic Records by Nesuhi Ertegun, and was lured by Clive Davis to Columbia Records, which released "Dead Skunk." His songs have since been recorded by Bonnie Raitt, Johnny Cash, Earl Scruggs, Kate & Anna McGarrigle, his son Rufus Wainwright, and Mose Allison, among others. In 2011, they were commemorated by the comprehensive five-disc retrospective 40 Odd Years.

dditionally, Wainwright has co-written with songwriter/producer Joe Henry on the music for Judd Apatow's hit movie Knocked Up, written music for the British theatrical adaptation of the Carl Hiaasen novel Lucky You, and composed topical songs for NPR's Morning Edition and All Things Considered and ABC's Nightline. An accomplished actor, he has appeared in films directed by Martin Scorsese, Hal Ashby, Christopher Guest, Tim Burton, Cameron Crowe and Judd Apatow.

Wainwright has also starred on TV in M.A.S.H. and Undeclared, and on Broadway in Pump Boys and Dinettes. Most recently, he appeared in the film Pleased To Meet You (with fellow music legends John Doe, Aimee Mann and Joe Henry), and created a one-man theatrical show, Surviving Twin, which combines his songs and the writings of his late father: Initially developed as part of University of North Carolina's Playmakers series, it focuses on fatherhood-both being a father and having one-and also explores the issues of birth, self-identity, loss, mortality, fashion, and of course, pet ownership.   Surviving Twin is currently being performed in limited theatrical engagements.