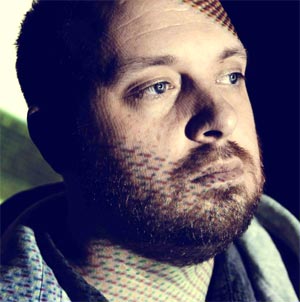 On sabbatical from his collaboration with Scroobius Pip, dan le sac has hit a rich vein of creativity with a solo album that includes collaborators Merz, Emma-Lee Moss, Sarah Williams White and B Dolan. The album will see Dan bringing the album to life in his own inimitable laptop cut-up style, with special guests popping up along the way.

Debut solo album Space Between The Words was written and produced by dan and includes collaborations with Emma-Lee Moss, Merz, Sarah Williams White, B Dolan, Joshua Idehen and Pete Hefferan. Fans of his long-standing partnership with Scroobius Pip, will notice dan taking a sideways step from the percussive atmospherics that were the backdrop to Pip's words on Top 40 albums 'Angles' (2008) and 'The Logic of Chance' (2010), as he embraces everything from electro-pop to psychedelia, all accompanied by an impressive array of vocal talent.