Porcelain Raft's new single, Unless You Speak From Your Heart, will be released through Secretly Canadian on February 20th, 2012. His debut album, Strange Weekend, was released on January 23rd, 2012. Porcelain Raft will be supporting M83 on their European tour throughout February and March of 2012.

The video for Unless You Speak From Your Heart was shot in black and white. Porcelain Raft - aka Mauro Remiddi - is seen with two 'alter egos' who mimic everything that he does, such as scratching his head and putting his hand to his face in thought. The video was directed by Porcelain Raft and was shot in New York.

Mauro was born in Italy, spent a few years in London and is now based in New York. Before starting Porcelain Raft, he was in London quintet Sunny Day Sets Fire, formed in 2001 but disbanded in 2009. They received positive acclaim and their single, Adrenalin, was DJ Steve Lamacq's single of the week in 2009.

Porcelain Raft - Unless You Speak... 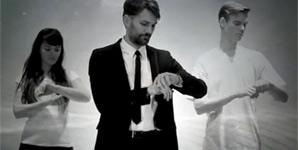 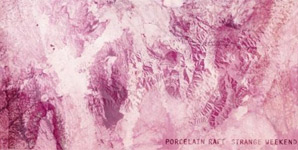