By Andy Peterson in Music Reviews on 06 November 2012

Pop Levi (Jonathan James Levi to his friends) caused more than a few ripples of excitement with the release of his début album The Return To Form Black Magick Party in 2007.  Swimming very much against the lad rock tide of the era, Levi's smart take on new wave, '70s funk, '60s garage and T-Rex glam seemed like the perfect antidote to testosterone and denim; whilst not the finished article, big things were envisaged for the former Ladytron bassist. 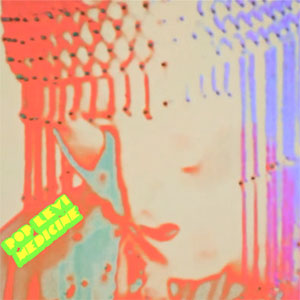 His story wouldn't be the first one that didn't go to plan in rock's pantheon of noble failures, but it's fair to say that any momentum he may have had has long since boiled away. Medicine is another shot at the left leaning extremities of the mainstream, but it's worth noting that it's had an interesting journey, with some of its songs being recorded and then shelved for several years.

Irony being a bitch, much of Medicine sounds far more contemporary than it would've done had it been released in the last decade; opener Strawberry Shake's scuzzy dance punk fuzz and jack hammer drums are long on the twisted club bubblegum vibe, whilst Rock Solid drips with mascara and gutter energy. Levi, it seems, wanted to make an album instilled with rawness and edge, locating himself firmly in maverick territory; a promise to himself that on the likes of Motorcycle 666 he duly fulfils. 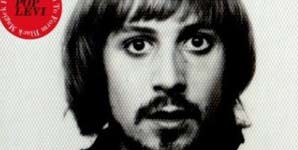