Raquel Pomplun has been named this year's Playmate of the Year, winning $100,000 and a Jaguar lease.

Raquel Pomplun, a biochemistry major and classically trained ballerina, is Playboy's Playmate of the Year for 2013. Hugh Hefner's pick for the iconic honor shot a pretty steamy photo-shoot for the new issue, though insists she was under the weather. "Honestly, I'm thinking I'm so grateful that they look OK because I had a fever in these pictures," the 25-year-old model said.

"I can't begin to describe how excited I am to receive this honor and be given the opportunity to represent Playboy as its first Mexican-American Playmate of the Year," Pomplun said in a statement. "Playboy has taught me a side of myself I didn't know before. It's been a year of wonderful surprises!" The model first appeared in the iconic magazine as the April 2012 cover girl, posing alongside R&B star Bruno Mars for the Sex and Music issue. 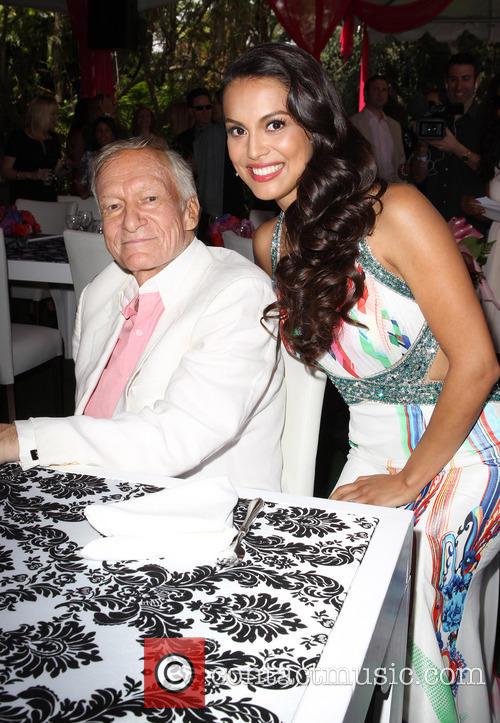 Along with the honor of being named Playmate of the Year, the Californian native receives $100,000 in prize money and a one-year lease of a 2014 Jaguar F-TYPE. She currently hosts Blackbelt TV's Rockin' Rounds' and is the co-host of Playboy Radio's Playmates Present.

Pomplun joins an illustrious set of models named Playmate of the Year, including Hope Dworaczyk in 2010, Claire Sinclar in 2011 and Jaclyn Swedberg in 2012.

What do you think of this year's Playmate of the Year? Good choice?