After 63 years, Playboy will end its practice of featuring explicit nude photographs in 2016.

Playboy will no longer be publishing nude photos of women. As of next year, as part of the magazine’s redesign, no explicit nude photographs will appear within its pages. Feminists across the World may be celebrating the shift away from such images – the battle still wages with The Sun over its Page Three – but Playboy’s decision does not appear to have been made with quashing sexism in mind. 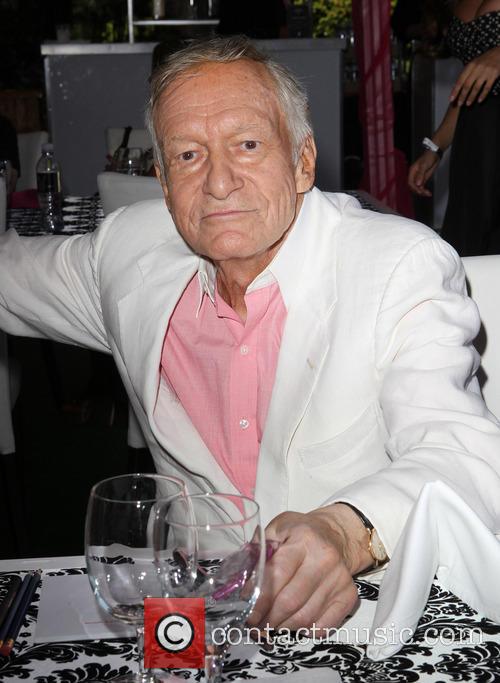 Hugh Hefner at the Playmate of the Year ceremony at the Playboy Mansion in May 2013.

Read More: Hugh Hefner Responds To Claims Made By Holly Madison In Autobiography Down The Rabbit Hole.

Quite the contrary, Playboy simply recognises that the demand for explicit images is met by the swathes of online – and free – pornography available.

“That battle has been fought and won,” said Scott Flanders, Playboy’s chief executive, told The NY Times. “You’re now one click away from every sex act imaginable for free. And so it’s just passé at this juncture.”

Playboy will still feature some images of women but they will not be fully nude. The images will adhere to the PG-13 guidelines.

The magazine, founded in 1953, was once (and Playboy argues is) a cultural bastion. It was hugely popular between the 1960s and 1980s with such people as Madonna appearing on its cover. However, its cultural relevance has declined over the years as our social sensibilities have evolved.

Its decreasing cultural significance is reflected in its circulation and sales. In 1975, the magazine was read by 5.6 million people but now around 800,000 copies are bought in the U.S.

The magazine is attempting an overhaul in order to attract a different audience, primarily millennials aged between 18 and 35, and more mainstream advertisers. Playboy are also aware that, because of the nature of some of their content, they are unable to use social media to its full extent.

In order to rectify this, Playboy removed nudity from their website last year and attempted to make more content safe for work. Their new design, available as of next year, will be clean cut and will even feature a regular female voice in the form of a sex columnist.

Read More: Holly Madison Reveals Dark Side Of Life At The Playboy Mansion In Memoir Down The Rabbit Hole.